Cinta Miller – Cinta London – is a leading industry creative, specialising in fashion editorial hair and makeup which have seen her become a much sought after lead at international Fashion Weeks and a key hair and makeup artist in the music industry. 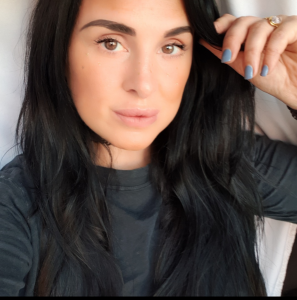 Counting the likes of Tom Grennan, Fraser T Smith and Anne Marie amongst her client list, she continues to contribute to future artist development and has led the Hair and Makeup Department on many iconic music videos and visual campaigns.

Her career has spanned over 20 years and she is a celebrated name in the industry. She continues to be in constant demand and creates beautiful looks for some of the biggest and most celebrated celebrity names, working between London and LA.

As an Ambassador for many industry brands, Cinta is instrumental in the creative direction process of brand development utilising her skills to create fashion trends and beautiful imagery.  She has now gone on to found her own capsule make up collection CintaLondon™.

We caught up with Cinta to talk makeup and male grooming.

What’s your background and what brought you into beauty?

As far as I can remember I have just always wanted to be involved in music or fashion in some capacity. I don’t have a great voice and I definitely do not have the legs for a runway but in the same instance it was always the creativity behind fashion and music I loved and creative I was.

I loved the visuals in music videos and seeing different concepts in the styling on the pages of Vogue. I regularly made my own magazines by cutting out images from Just Seventeen and Mizz and writing my own articles and trend reports focusing on hair and makeup.

I was prone to picking up scissors and cutting my own hair which soon migrated onto my next door neighbour’s tresses and friends at school. I found a fascination in hair and makeup. I believed I could transform anyone into a PopStar with the orange handled kitchen scissors and my mum’s Max Factor pan stick.

When I left school I went on to study Fashion design at London College of Fashion but after seeing the teams from Toni&Guy create amazing editorial runway hair backstage at a show I was interning on, I took it upon myself to start getting my haircut at the T&G academy as a model and by chance I met the main man Anthony Mascolo. I saw him work his magic. He was a real hair wizard and was working with every designer supermodel and pop star going. It was then I knew HAIR was the way to tick all the boxes for my career goals.

To be honest I can’t remember life WITHOUT make up. I had 2 much older sisters and my mum always wore a mossy green liner which made her green eyes pop. My sisters were always leaving the house with various different colours on their eyelids and heavy blusher. It was the 80s so even the men on TV were heavily made up and looked stunning. I remember looking at a Culture Club vinyl and looking at Boy George and thinking I wanted to look like him. I soon started secretly putting on Kohl liner to the insides on my eyes around age 8. I always hid it under my mattress because I didn’t want anyone to know I had my own eyeliner. It was brown and although I put it on so faint to the point of no one noticing. I knew and it made me happy. 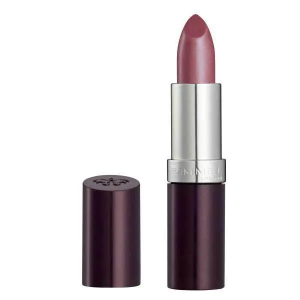 What’s the first product you remember using as a teenager and has that affected your later product choices?

I literally couldn’t live without my Rimmel stick concealer and my Heather Shimmer lipstick in my teens (Ed– us too!).  It was like the 90s rite of passage to being a teenager!

Concealer was always my chosen product when it came to my complexion and for many years into my 20s I never wore foundation. My concealer choices just evolved and how I used them evolved too as I learnt to subtly contour with them.

MAC Studio Finish Concealer has been my go to for over 20 years now though. It’s my favourite and I have replaced the Heather Shimmer with a MAC lip liner in Spice and a touch of lip balm.   My love of concealer and nude lip shades continues.

What’s the one product you can’t live without?

Still to this day I would have to say concealer is up there on my most used list, But I think it would have to be a good quality mascara! Triple Threat by ICONIC LONDON is simply the G.O.A. T!

You are particularly known for grooming and styling male music stars including Tom Grennan and Craig David for photoshoots and music videos.  How did you get into this area?

Music was the goal for me and after years of training, assisting and working my way up to an Art Director, I then started working regularly on editorials for fashion magazines.  Music artist were often called in for editorials and soon I started working with some of the biggest names in the Industry. Robbie Williams was my first Pop star I worked with and from that point I soon created a good reputation amongst record labels and video commissioners. It all about keeping the momentum going.

I met Tom Grennan when I was working full time for Anne Marie as her hairstylist. NME was shooting an editorial with Anne Marie and they had asked me if I minded starting a bit earlier to do the grooming for a new up and coming artist. It meant a few more pages in the mag and I always enjoyed meeting new talent.

I met Tom and his team that morning and I can honestly say we all gelled so well that the rest is HISTORY. I have been his personal hairstylist for 6 years now and he is more like my younger brother than a client. Our team is a very special team 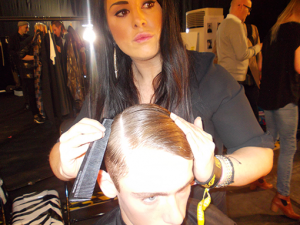 What do you find the main differences when working with female and male artistes?

Naturally guys take a lot less time to make up and they are mostly about creating that signature ‘LOOK’ in the beginning and maintaining that or even allowing it to organically develop through their career.

But girls switch it up a lot more and its constant need to develop and change and reinvent themselves almost. Madonna was the queen at this and definitely set the benchmark on how female artists can keep you on your toes. It really is fun and exciting to always have the chance to showcase your skills with the female artists although it’s also an amazing feeling when you have ONE simple kit bag to carry home after a 14 hr shoot with a male artist! 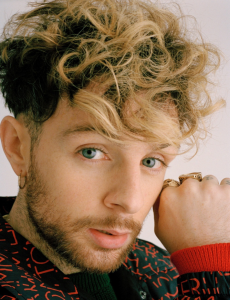 Which male celebrity has a look that is really current and inspirational/aspirational at the moment?

Tom Grennan hands down. He has his style, he owns it and it is part of who he is as an artist.

I cannot tell you the amount of guys that ask me how he gets his hair so big and curly. Even the rise in men having perms them days has gone up significantly.

Since working with Tom I have seen the style and shape that he wears become a trend across the runway to teenage boys walking to school. Its a real vibe.

What are the emerging trends we should be getting ready for?

I think ‘The Shag’ is becoming more and more asked for on a daily basis and we are going to see lots of variations of this trend throughout the year. Not just on men or women, literally both genders and I think we will also see it emerging as a really gender fluid style too.

Its Rock and Rock, It’s Chill, It’s Editorial, It’s Androgynous, Its Sexy, Its Brave and its really really effortless. I love it. 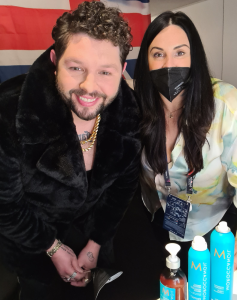 The pandemic and lockdown have been really challenging for everyone – what positives have come out of the last two years for you?

I really used the time during the pandemic to really think about what I do and don’t want to do anymore. It was an opportunity to really home in on my own personal developments and eliminate things that were either not serving me anymore or things that I was simply not enjoying.

It was the first time in a long time that I had the chance to tap into skills that I hadn’t used for a long time. Writing, Blogging, Vlogging. Things that I hadn’t had time for in my schedule. Social Media is now a branch of pretty much any industry ESPECIALLY the beauty industry, so I used the time to be more consistent to the point of being able to do Brand Partnerships, Masterclasses and monetise my content.  I created relationships with Brands and potential new clients for post lock down which has opened up a sea of avenues since returning back to work.

I also started a mini-series on my instagram called Glow Getters which saw me interview many industry greats and learn about their path into the word of hair and makeup. There are so many different avenues in the industry. No two are the same and all require so many different skills and levels of expertise.

I wanted to use my position and contacts to answer the questions for new generation that want to break into the industry as well as paint a realistic picture of what really happens BTS. Its saved to my IGTV on @cintalondon 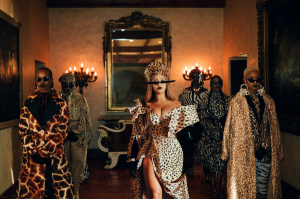 Do you have a ‘holy grail’ client you’d like to work or collaborate with?

BEYONCE! She is basically the epitome of why I got into hair and makeup.

Fashion and Music in one.  Her Movie “Black Is King” has the most incredible visuals I have ever seen. So Inspiring and I recommend everyone researching editorial hair and makeup to watch it. 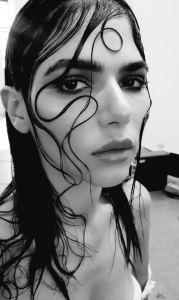 What’s next for you?

In April I have the launch of my new capsule makeup collection. Again, a project I managed to start in the lockdown as it’s finally coming into fruition.

It’s called CINTALONDON and I cannot tell you how excited I am for you to see it.

I have just completed the cover for Album number 3 with Tom Grennan so all his videos for the album will be a big part of my year.

I am also working with an incredible newcomer called Menassa, she literally is the most incredible canvas and I predict big things for her this year which means an abundance of creativity from me to make her look like the superstar she is fast becoming. 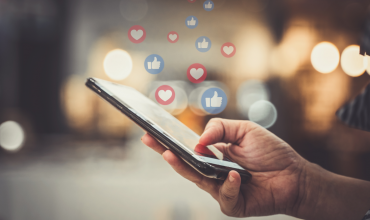 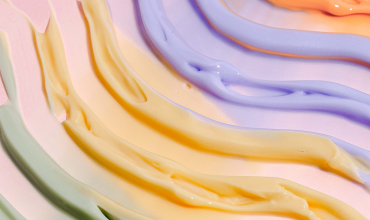