November saw a first for the Warpaint Team, with our debut live online makeup competition.  Judged by industry luminaries, there were over 50 entrants across the five categories and, as usual with Warpaint Makeup Competitions, the standard was high and the creativity was inspiring.  Students from six colleges from around the country took part, alongside pros, competing to win prizes and the chance of work experience. 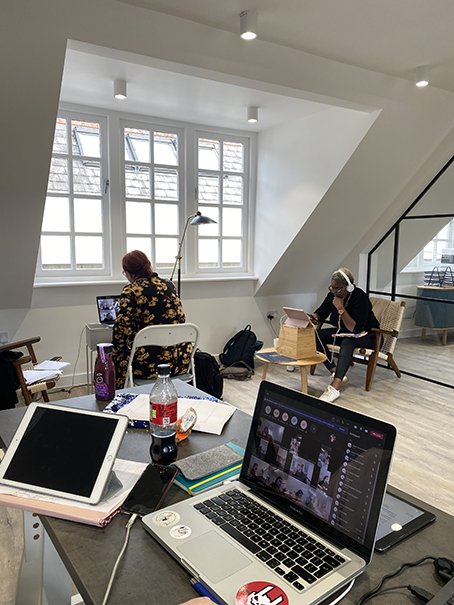 Our Fashion category was entitled Edgy Sustainability, tasking entrants to think bold and inventive; mysterious, beautiful and sinister.  It was judged by award-winning makeup artist Yasmin Heinz who was looking for a strong and confident design, and skillful undertaking.

The winner of this category was Hollie Bennett from Coleg Gwent’s Crosskeys Campus, backed by tutor, Cerys Tugwell.  In her feedback, Yasmin commented, “It was my favourite look of the day.”  Hollie was very creative and sensitive in her execution of the look. 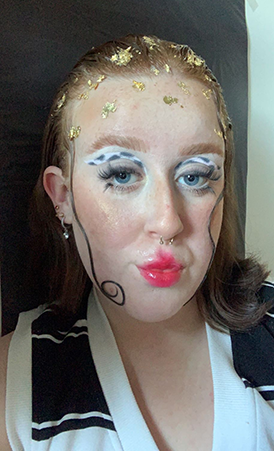 Bodypaint judge, Jennie Roberts, was also impressed with the winner in her category.  With Gothic Glamour as the theme, winner Leah Griffith completed a huge amount of work in the two-hour time limit.  “I was looking for great work, either brush and sponge or airbrush, combined with costume, headpiece and innovative use of props,” explained Jennie, “and certainly got it.”  Another student of Coleg Gwent from tutor Cerys Tugwell, the standard of work from the Welsh students was high with Jennie advised that, “I really loved Leah’s design idea and how it flowed into the corset that she was wearing.” 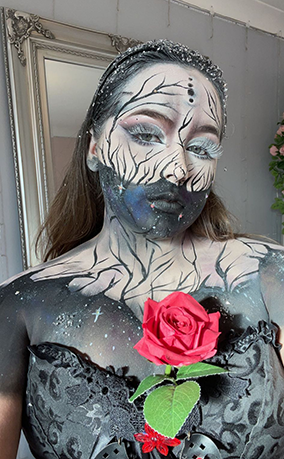 The Bridal entrants were not to be outdone.  Their category is about creating a look for real women, not a professional model, and it’s judged on their ability to bring out the subject’s natural features, as well as application and technique.  Styling is also a large part of the finished look.

Joining the Warpaint judging panel for the first time was bridal expert artist, Joyce Connor, whose theme was Autumn Bride.  Taking inspiration from shades and tones of autumn and designing a look that is synonymous with a classic bride, contestants gave it a 2021 twist.  Winner Christina Cooling impressed with her detail and Joyce commented that her “use of skin prep was outstanding.” 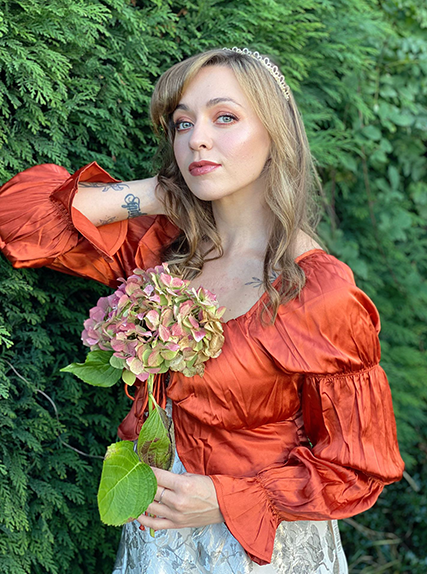 Our newest category is Creative and was headed up by debutante judge, Stephanie Harrison.  Stephanie has come full circle, having won our Warpaint Student Competition back in March 2017, going on to the first season of BBC Three’s Glow Up and most recently to work on the latest series of Casualty.  The theme for this category was Sugar Skulls 2021 and it was won by Ruby Carr from Preston College supported by tutor, Lisa Anderson.  Ruby’s work was described as “clean, bold and traditional.  The colour combination palette was gorgeous and the base was flawless.  A real deserved winner.” 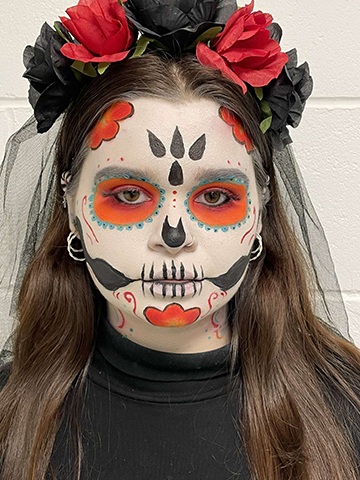 Character was the final category in our competition and this was won by Kristian Mead from North Notts College, supported by tutor Anne Derbyshire.  Attracting the largest number of entrants, Character competitors were tasked with recreating a look from a Halloween film, animation, tv or theatre show.  Kristian’s winning design was of The Nun from the 2018 horror movie and impressed our judges with its clever use of costume.  The look was “simple and effective.  Plenty of prep work on the skin before painting on top.  Good dirty hands and teeth – kept it restrained.” 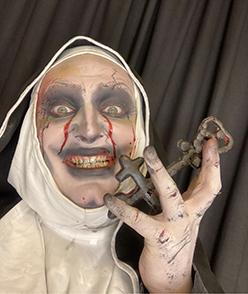 Winners were sent prizes, certificates and social media buttons to use to promote their success.  Work experience in 2022 has been offered to them and we’ll keep you posted on how they do.  Huge congrats to everyone taking part.  We’ll be back with another competition in January.  Enormous thanks to the Kryolan team at their new London HQ who hosted us for the day.  We couldn’t have done it without you. 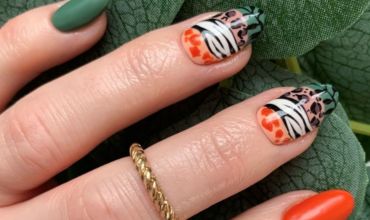 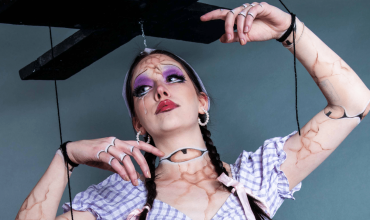