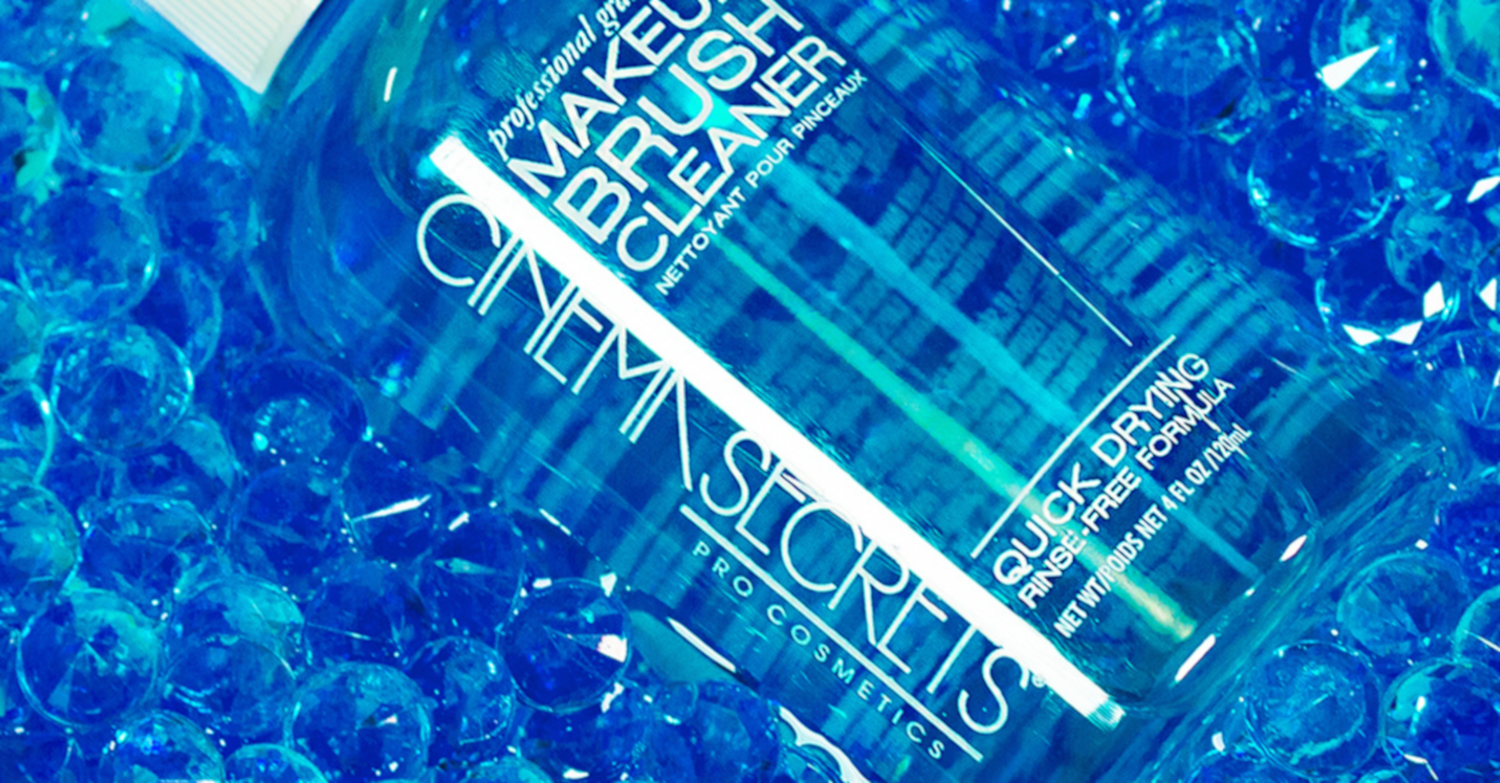 Cinema Secrets Pro Cosmetics is the cult US makeup tool brand which was, until now, a Hollywood secret.  Founded by the late renowned MUA Maurice Stein in Burbank, California in 1985, it has been providing industry insiders with the ultimate makeup kit essentials ever since.  Stein worked on over 200 films and television shows and had more than 4,000 commercials to his credit during his long and illustrious career.  He created the brand on his retirement, creating superior, cruelty-free formulas to benefit those working on film and TV sets, where longevity and sanitation are crucial. 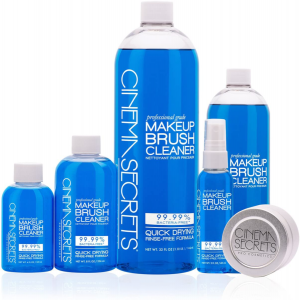 The brand believes that what you apply your makeup with is as important as what you apply to your skin.  Applying your makeup with dirty tools is not going to get the results you want. So whether on set or at home, every makeup application should start with a clean brush, and anything that touches your face should feature only the highest quality ingredients.

Today, Cinema Secrets Pro Cosmetics is one of the world’s most trusted professional makeup brands used by celebrity, film, and editorial artists.  It has been available in the UK for some time from professional makeup suppliers, but is now also available for consumers via online retailers Feel Unique, Look Fantastic, BeautyBay and JustMyLook. 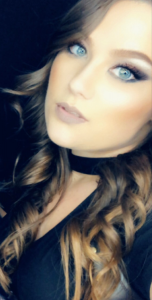 Here at Warpaint we are big fans, and were thrilled to get the opportunity to speak to Jessica Stein, Head of Education for Cinema Secrets and grand-daughter of founder Maurice Stein.

What’s your background – what brought you into the makeup business?

Growing up I was very close to my Grandfather. I was fascinated with Makeup and the industry at a young age and would always want to learn from him. Some of my favorite childhood memories were going to our old retail store that was located in the heart of the Burbank Studios here in California. I would love to watch him teach other artists and just interact with the customers. He was everyone’s friend and mentor but would always be willing to learn and I wanted to be just like him. 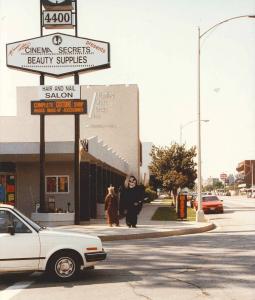 Was it always inevitable you would join the family firm?

I’m pretty sure by the age of 10 I knew I wanted to be a part of the family business in some capacity. I wanted to help people express themselves and feel glamorous in their own skin. I don’t think I would be truly happy doing anything else.

Your grandfather worked on many big films – did you ever spend time on set with him?  What’s your favourite memory of him working in Hollywood?

Unfortunately by the time I was born both my Grandfather and Father, who was also a great Makeup Artist, had “retired” from the industry to focus on the business.  However, I still got to meet a lot of people from the industry and had some great experiences along the way. We used to go to sets a lot when I was little to be a part of the studio audience’s and meet the casts of the shows. I was a Disney Kid so getting to meet the cast of such prominent Disney Shows like Hannah Montana and the Suite Life of Zack and Cody as a kid was a big plus for me. 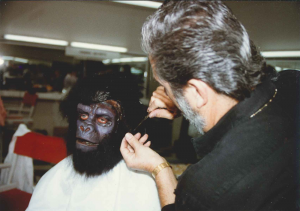 Maurice Stein working on Planet of the Apes

I imagine Maurice had some amazing anecdotes from his illustrious career – are there any you can share with us?

I could probably write a few novels with the amount of stories my Grandfather shared with the family throughout the years and it’s almost impossible to pick just one story.  If I had to choose one however it would definitely be his first time doing makeup on set. Back in the day he was actually a Hair Stylist before he became a Makeup Artist.  He owned his own salon and everything but back in those days the woman in the industry were assigned hair while the men did the makeup.

His first day on set he was sent in a bus to the middle of the dessert along with the rest of the Makeup Department.  When they got off the bus they were handed a powder puff and a jar of body paint and were told to get to work.  My grandfather, not really knowing what to do at first, told the actor to turn around as he was going to start on his back. He then proceeded to copy the Makeup Artist next to him. He then went on the be the first chosen to work under John Chambers for the Original Planet of the Apes.  Which was also given the first Academy Award for Makeup Artistry in 1968 even though Makeup wasn’t even a regular category until 1981.  So I guess it worked out for him. Hahaha.

What drove your grandfather to create the brand after he retired?

The Brand was technically created while he was still a working Makeup Artist. Back in the day Artists really struggled to keep their kits hygienic between actors especially makeup brushes.  He wanted to create something that an artist could use to clean their brushes on set no matter the location while also being able to use the same set of brushes for different shades and multiple actors.  That’s when our Original Makeup Brush Cleaner was created. He worked very closely with chemists to create a quick drying, rinse free formula that would be perfect for an on-the-go Makeup Artist. It soon became a staple in Artists Kits and has remained a must have in the industry for over 30 years. 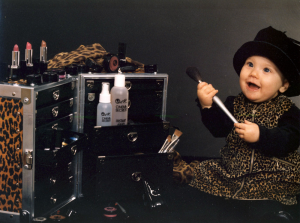 Jessica as a child with her kit!

As well as providing products for MUAs, Maurice also worked towards clinical applications, volunteering with cancer patients and burn survivors to help them use makeup to minimise the appearance of scars and discolouration.  What caused him to start this incredible work?

My Grandfather was always someone who just wanted to help people.  He never was one for praise nor did he need the recognition he just wanted to educate people on what he knew and help them feel like themselves.  While he was creating our Ultimate Foundations he knew he wanted them to not just perform well with the long hours on set under copious amounts of lights but be light and buildable enough to be comfortable on all types of skin. He noticed there was really nothing on the market at the time that could be worn by such a wide range of people and he wanted to be the person to change that. He would say to me “Everyone deserves a chance to feel comfortable in their own skin”.

What changes have you seen in the industry since you joined the company?

I definitely think in the past few years people are starting to see the importance of supporting companies that support them.  Beauty has seemed to always have a certain standard that the majority of the population felt they couldn’t compete with.  Brands nowadays are finally being held accountable for how they give back and support a wide range of people not just the unrealistic standard of beauty that has been pushed on us for so many years. 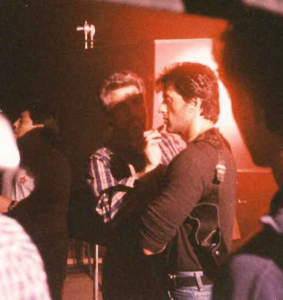 We are thrilled here in the UK that your range of products are now more easily available, what triggered the decision to widen your customer base and sell to consumers as well as professional MUAs and industry specialists?

It really goes back to what my Grandfather always wanted for the company and that was to educate and share as much knowledge he had with the world as possible. Expanding to different countries and regular consumers on a wider scale only makes sense. 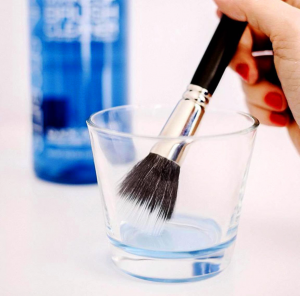 The pandemic and shutdown of the film and TV industry has been incredibly challenging for everyone – what are the positives you and the brand have found over the last 18 months?

A big positive for the brand has definitely been the importance of Sanitation in Makeup beyond the Pro Makeup Industry.  Everyday Makeup Enthusiasts have flocked to ways to stay hygienic and educate themselves on the importance of it. This has definitely helped us over the past 18 months as people want to find the best of the best and we as a brand want to help educate people on a wider scale.

What is next for the brand?

Cinema Secrets is not slowing down. We have a really exciting launch coming later this summer that we know our customers will love. We want to continue producing high quality products that people love and are always listening to what people actually want. We are excited to see how the industry continues to grow and are excited to continue this journey alongside it. 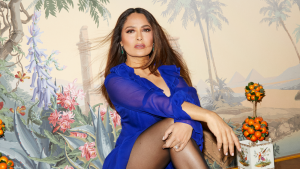 Finally, who is the biggest star who is fan of the brand?  Who would you love to collaborate with?

The biggest star would have to be Salma Hayek. She gave a rave review a few years back in an interview and we were ecstatic.  I don’t think we have anyone in particular we would love to collaborate with. we would just want the opportunity to work with anyone who is willing to help us educate the world on makeup and who has the passion we have for the industry.

Cinema Secrets Pro Cosmetics are available in the UK from professional suppliers including themakeuparmoury, gurumakeupemporium and tiltmakeup and online consumer retailers feelunique, lookfantastic, beautybay and justmylook. 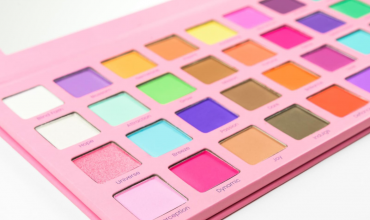 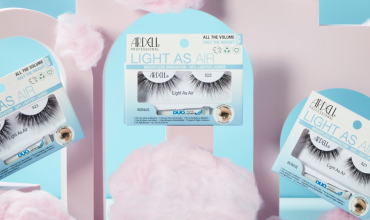