April is Earth Month and so to celebrate we are doing a series of articles looking at sustainability within our industry.  Here we ask the question “Who on earth is Albert?”

If like us here at Warpaint Towers your lockdown comprised watching a lot of TV, whether films or binging on box sets, you can’t failed to have noticed a name cropping up regularly on the end credits.  No, not Regé-Jean Page but Albert.  We were intrigued and decided to find out more.

Albert, it turns out, is the authority on environmental sustainability for film and TV.  Originally founded by the BBC in 2011 as a simple carbon calculator, the Albert Initiative now works across the industry, overseen by BAFTA.  The organisation has certified over 1,000 productions as sustainable, awarding one, two or three-star ratings.  The BBC, ITV, Channel 4, Sky and UKTV have all made Albert certification mandatory for new commissions.

Their objectives are to inspire – empowering the industry to create content that supports a vision for a sustainable future, and restore – enabling the industry to make positive contributions to the environment while actively eliminating waste and carbon emissions from production.

They have seen TV and film productions cutting their carbon emissions as part of this industry-wide initiative causing rival studios and broadcasters to unite to reduce their environmental footprints. 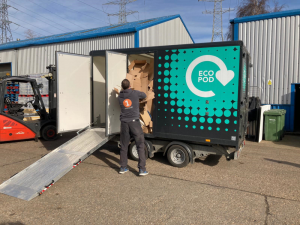 Dramas such as Netflix’s Sex Education have gone paperless, with actors discouraged from printing their scripts.  The third series, filmed in Wales, also made a point of recycling sets and props from previous seasons.

The Crown, another Netflix production, pioneered the use of an on-set “eco-pod”, which separates food waste, recycling and non-recyclables, sending the former to make renewable biogas.

The BBC series Winterwatch made TV history in January with an episode powered by hydrogen fuel and energy-saving batteries.

KEO Films took a deep dive into Britain’s plastic problem with their three part production War on Plastic with Hugh and Anita.  The production team wanted to practice what they preached so took a look at their own relationship with plastic, aiming to have no single use or non-recycled plastic anywhere on the production. This meant looking at everything from stationery in the production office to where they ate when filming on location. 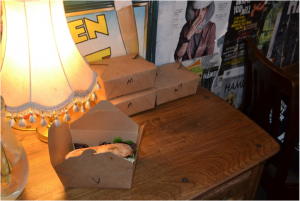 First came the challenge of the production office.  Normal biros were replaced with pens made out of recycled plastic, masking tape was replaced with a plastic free version, they even found a biodegradable bubble wrap. People were also confronted with their habits, the most popular lunch place in the office is a Chinese street food restaurant near the office which serves in takeaway boxes that contain plastic. Realising there’s no need to deprive themselves, the team started bringing in their own tupperware to take to the restaurant instead.

Once we identified the plastic we were using it was fairly easy to find a solution, it just took a bit of habit changing. When you get used to it you don’t think anything of it.

The only negative they discovered was plastic-free masking tape, as it wasn’t all that efficient.  Filming the programme was eye opening for the crew.  One camera operator said he would never use a wet wipe again after shooting a shocking scene with Wessex Water that highlighted how many wet wipes end up in our water systems, a problem that the crew were not aware of previously.

Although ensuring single use plastics on set took a little extra planning – such as checking with local restaurants when organising takeaway catering that they could comply with this – the crew was overwhelmingly positive and up for doing as much as they could.  Director Jim Turner pointed out how refreshing it was to work on a production that was reflecting the steps a lot of people are already taking in their own homes. The overall feeling on the shoot was one of positivity, both from the contributors and crew, who hope to bring forward principles of reducing waste and thoughtfulness to their next production

When shooting Ken Loach’s films we try to always find a church hall or community centre as a production base. It puts money into the local community and helps us find local staff, thereby reducing our carbon footprint through reduction of transport – it also gives us a connection to the local community.

The big screen is also going green.  The Second World War epic 1917 by Sam Mendes was the first significant UK film to gain certification from Albert.

The crew ate off compostable plates and had resusable water bottles, and the makeup department used bamboo toothbrushes and biodegradable wipes to cut landfill.  Generators powered by vegetable oil were used instead of diesels. 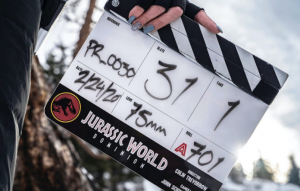 Even the dinosaurs were sustainable on the set of Jurassic World: Dominion at Pinewood Studios last year; the silicon and fibreglass moulds used to make the animatronic creatures were melted down for reuse.

Things like bringing your own water bottle to set may get maligned because water bottles are only a fraction of the C02 footprint, but it provides a visual impact and is a positive statement to make on set.

Katy Murdoch, Albert’s Operations Manager, says average emissions per production had been gradually decreasing for years, partly because of the organisation’s work.  That trend accelerated last year as overseas shoots were scrapped because of the pandemic.

Albert also encourages screenwriters to work eco-friendly behaviour into scripts.  It prompted the BBCs EastEnders to drop red meat from all scenes and Emmerdale on ITV to introduce and electric car.

So while a night of TV may not save the world, it is less harmful than it used to be, all thanks to Albert. 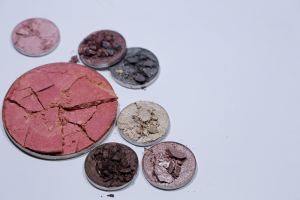 Albert’s top tips on sustainability for those working in hair and makeup departments are:

Vegan beauty is also a potential misnomer. While many people are switching to certified vegan beauty products, too often there has been no consideration if the vegan ingredients are being made from synthetic (petroleum-based) chemicals, which are hugely impactful on the environment and health.

What questions can a makeup artist be asking of suppliers to make sure they’re sourcing the best products?

What about packaging, which unfortunately, is a necessity?  It also carries both practical and legal requirements and implications.  Although there are big advancements being made in packaging, we are currently still beholden mainly to plastic and glass. All coming with their own set of environmental impacts and pros and cons.

Ultimately, we need to demand better-designed product packaging, and not only focus on what the actual packaging is made from.

What does an example of better-designed packaging look like? Containers that are designed with limited components and airtight, avoiding oxidization and contamination of the product, thereby limiting the need for harsh preservatives. Once the product is finished, it should be 100% reusable or recyclable.

Albert recommends the following three things that you should stop immediately: 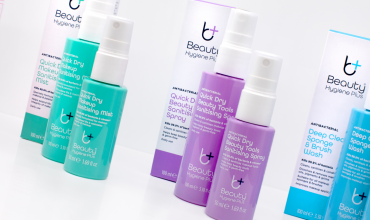 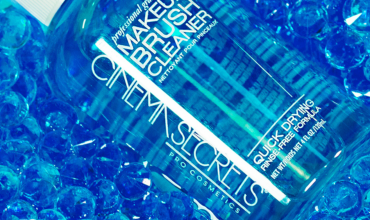