With Award season in full swing, we looked to London and the BATFAs for the first makeup and hair winners of 2019.  Nadia Stacey and her team took the award for The Favourite in a hotly contested field.  With just a week to go to this year’s Academy Awards, it’s high time we looked at the three candidates hoping to walk away with a little golden man.  In what’s acknowledged as the toughest field in many years, who will get your vote?

Swedish makeup artists have featured big in Oscar noms during the last few years – think twice-nominated Eva von Bahr and Love Larson of The Makeup Designers Stockholm – and 2019 is no different.  Known for his work on Beauty and the Beast, Cloud Atlas, the Harry Potter series and more, Göran Lundström knew the challenges that come with film production in Sweden where time and money are always problematic factors.  With Border, the challenge was transforming the actors into trolls without distracting the film’s audience.  On top of this he was called on another project while Border was in production, so recruited Pamela Goldammer to handle the day-to-day application. 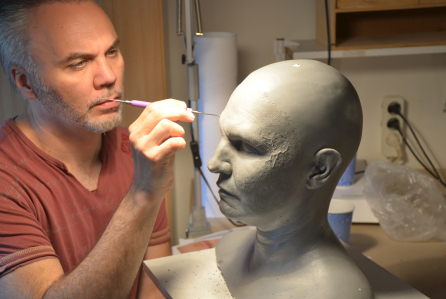 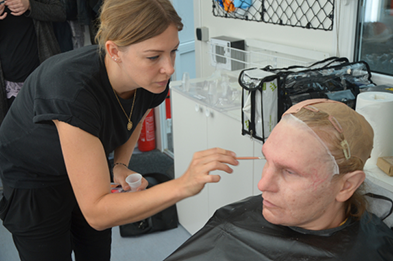 Unusually Lundström was granted a full test makeup and given greater time to create the animalistic characters, especially for Eva, the female troll.  By finding a face that director Ali Abbasi liked, the duo made the nose a little bit wider, at an angle that humans don’t have, and gave her pointier ears.  The forehead has eyebrows that are punched in hair by hair, and there’s a nose piece, two eyelids, two cheeks, two ears, and a chin. 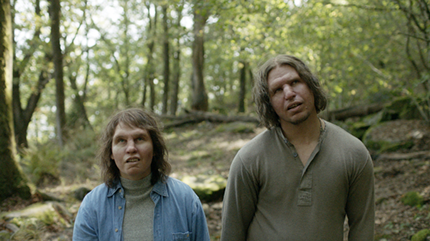 To add to the complexity, Lundström and Goldammer had to deal with naked trolls.  In an interview with Deadline, they explain, “Sometimes, we saw just the upper body, and sometimes we saw them fully.  I was making almost like a thong—latex with hair to cover him.  Then, she was fully naked; she had body hair [made by] Morten Jacobsen, and he put nipples on him.  Also, Vore has this scar on his shoulder.  They had to run fully naked, and it was always very cold.”

With a hugely iconic central character, and an actress who is one of the most recognisable faces on screen, Jenny Shircore and her team had their work cut out to bring individuality to this movie, so she turned to the authenticating the look for Margot Robbie as Elizabeth.  Taking her from young girl to mature woman, Shircore began with classic Elizabethan makeup via the Virgin Queen to the White queen with a shaved head and a lot of wigs, while the look evolved to show the severity of the monarch’s smallpox infection and subsequent scarring.  Makeups began from taking 90 minutes to three hours for full scarring.

As she explains in an interview with Behind The Lens Online, “Smallpox took me down a different route to the iconic portrait of Elizabeth.  And, also what it did for me was it showed me what I should do with Mary Queen of Scots as well.  So, you can’t, for me, discuss one queen without talking about the other one because it was so point and counterpoint with each other all the way through the film.” 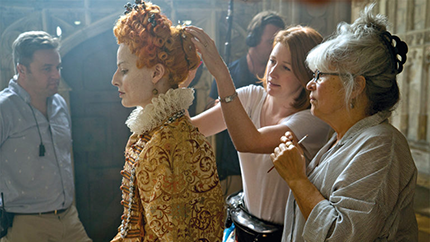 By studying smallpox, she drew the position of where boils and blisters would have occurred on the face, into the eyebrows and across the bridge of the nose, so the resulting scarring could be covered with makeup, changing the features.  Hair was affected too by smallpox so the team used a thinning wig which was a dead, dull brittle colour.  By contrast, Saoirse Ronan’s fresh-faced Mary takes control of the powerplay between the women with her hair growing larger using fake hair pieces that were rolled around tiny frames of wire and hair lace to create various shapes.

Thanks to a series of supremely clever prosthetics, Greg Cannom is poised for his fourth Oscar win following Dracula, Mrs. Doubtfire and The Curious Case of Benjamin Button.  Alongside the cast of recognisable faces, transforming Christian Bale as VP Dick Cheney from age 21 to 75 in Vice required a whole series of prosthetics and wigs and, for an actor who was known for bulking up for parts, Bale wasn’t initially comfortable with silicone, fearing that it would restrict his movement.  He was shocked how well it went and learned to love the complicated appliances, which were done as integrated pieces.  Different appliances wrapped around Bale’s entire neck under his jaw, and then they added a piece covering the back with large wrinkles, providing additional weight.

“And then we had cheek appliances and another for his chin,” explains Cannom. “There were also age 68 cheeks, which overlapped, so it would blend onto the chin and the neck.  And we did an age 75 piece later toward the end of the film when he’s in the hospital.  So we used the same neck and chin, but just did heavier cheek aging pieces and heavier eye bags.” 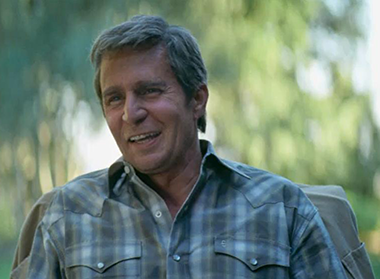 Overall, there were more than half a dozen stages along with several intermediary ones for transitional ages, when Cannom mixed and matched wigs and appliances. “It was more Christian in the beginning until he hit his 30s and then going more for the Cheney look.” 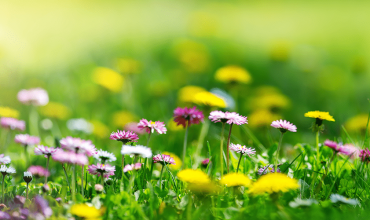 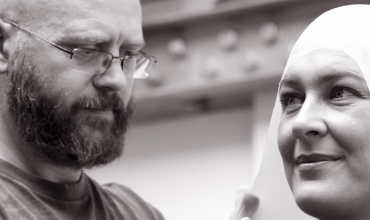 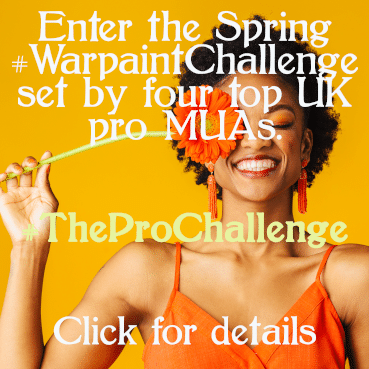