The Warpaint office loves a good book and this week takes great pleasure in reviewing one that celebrates the contribution that female special effects make-up artists bring to the industry. A true labour of love, Leading Ladies of Makeup Effects is penned by husband and wife team, Patricia L Terry and Gary Christensen and came from an idea to update Al Taylor and Sue Roy’s 1981 book Making a Monster that featured only men. 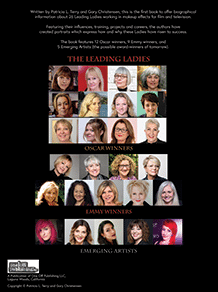 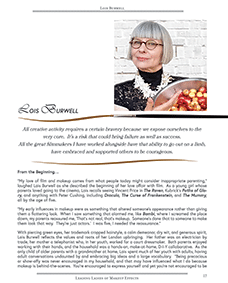 And they’ve certainly chosen the cream of the profession. The first book to offer portrait biographies of top females working in makeup effects for film and television – beginning with Oscar winners, then moving on to Emmy and Emerging Artists – Patricia and Gary have detailed interviews with the likes of Lois Burwell, Frances Hannon, Jenny Shircore, Christine Blundell, Robin Matthews and Eryn Krueger Mekash.  In total, there are 26 detailed conversations with Award-winners as far flung as Australia, Barcelona, the UK and the US, complicating the logistics of the process, yet in less than two years from the first interview, the book is on the shelf. 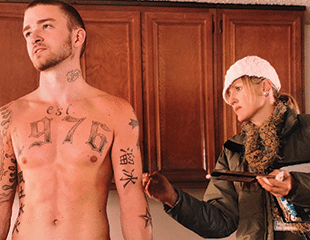 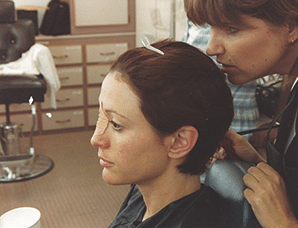 “We owe a huge debt to our Leading Ladies,” confesses Patricia, “for without them there would be no book. To a woman, the interview process was delightful, insightful, honest.  They were generous with their stories and patient with our endless emails and requests.  Leading Ladies of Makeup Effects is a paean to the makeup industry, the artistry that drives it, and mostly to the women who are in the trenches day in and day out, bringing their talent and dedication to film and television.” 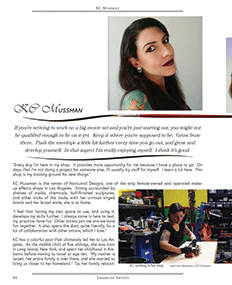 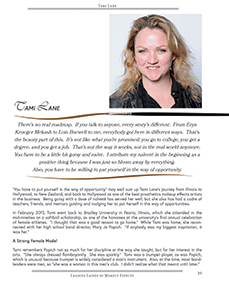 In an age where it’s rare for a movie to have no effects makeup, it’s sobering to realise that the first Academy Awards for Makeup were presented as Special Honorary Awards, being given to William J. Tuttle for 7 Faces of Dr. Lau in 1964 and the second in 1968 to John Chambers for Planet of Apes – both movies having changed the landscape of film makeup effects for ever – but it wasn’t until 1982 that the Award was given annually and the first recipient was Rick Baker for An American Werewolf in London. Expanding in 1993 to cover hair and renamed the Academy Award for Best Makeup and Hairstyling, since 1982 there have been 22 female winners, of whom 17 won specifically for Makeup.  This gives the starting point of the book. 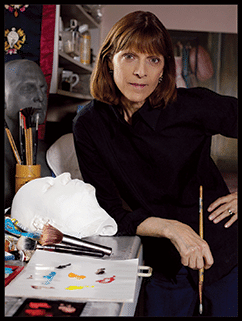 Divided into sections chronologically covering Oscar Winner, then Emmy then Emerging Artists, the book is a fascinating insight into the industry, and of the careers and creativity of the women it features. Along with detailed transcripts of the videos interviews that were conducted with Patricia and Gary, it also features the influences, training, projects and careers, and expresses how and why they have risen to success. 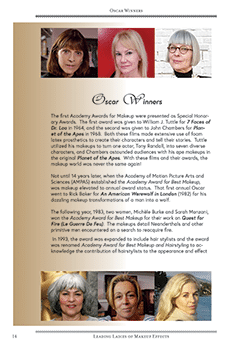 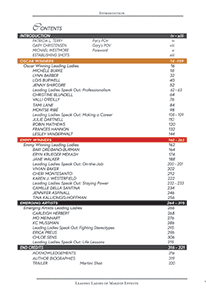 The Emerging Artists section was a huge challenge, as the sheer numbers of women graduating from makeup schools is enormous.  As Gary puts it, “Flashback to 2013.  I was invited to join Neill Gorton’s FX 911 Facebook group and I was smitten.  I loved seeing what the student artists were creating, but I also began to note something curious.  In these class photos, the number of women far outnumbered the men, out of a class of 20 faces, 18 were women.” 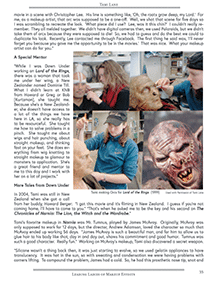 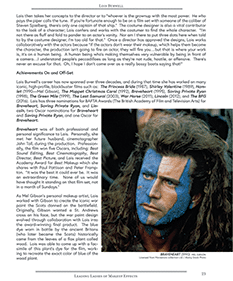 Parameters were set and inclusions were from local artists from the Southern California area: Carleigh Herbert, Mo Meinhart, KC Mussman, Erica Preus and Chloe Sens. Patricia and Gary had been following their careers long before the book was conceived, and they’ve exploded since being interviewed in early 2016.  We reckon there are future award-winners amongst these names too. 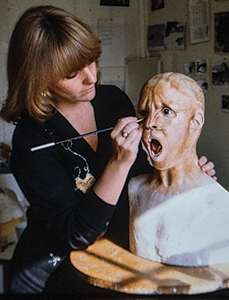 An absolutely must for students and established artists alike, Leading Ladies of Makeup Effects is priced at £35.99 for the paperback or £11.20 for the Kindle version, it’s available from Amazon. 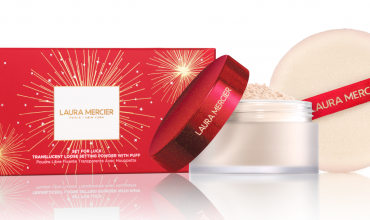 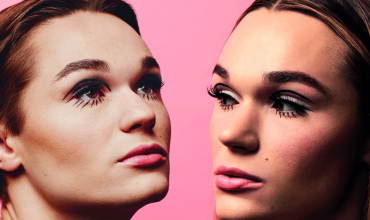