With only 10 days to go till Warpaint North Championships, let’s meet this year’s judges who will have the hard job of judging all the entries. This year’s themes are very exciting, so these guys will have some tough decisions to make. 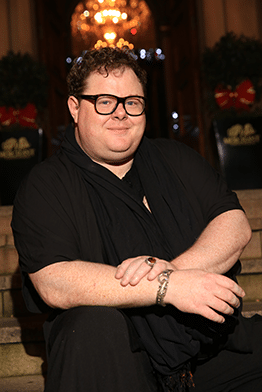 Paddy McGurgan is one of the UK’s leading make-up artists with the ability to create the most soft and sophisticated make-up to the most creative and expressive style of artistry whilst always capturing the true beauty of the subject. Starting first on make-up counters including Laura Mercier, MAC, NARS and Stila, Paddy handpicked several of the brands’ signature techniques and at the same time, creating his own unique style of artistry.  Paddy then started working as a freelance make-up artist for over 10 years and has added invaluable techniques to his skills by being awarded numerous awards including Illamasqua Distinction of Make-Up Artistry, European Creative Make-Up Artist Of The Year and quadruple Wedding Journal Bridal Make-Up Artist Of The Year.

In 2012, Paddy opened his first Make Up Pro Store that brought together professional make-up brands such as Make Up For Ever and Make Up Atelier with social media brands such as Lime Crime and Sugarpill under one roof. Make Up Pro Store is now in its fifth year and is continuing to grow and has two additional stores open across Northern Ireland.  Paddy believes that good education supports his own ethos that as a make-up artist, you do not stop learning and being the director of his own Make Up Academy Paddy has assisted in training a new generation of talented artists with many international artists teaching alongside him.  Paddy also believes that to educate is to elevate and it is his constant need to retrain, evolve and develop that created a Make Up Centre of Excellence within the UK and ROI as Paddy and his team continue to go to strength to strength.  Paddy will be judging Runway. 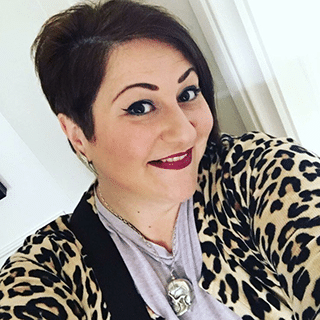 Hannah Wing, with her background in performing arts, has many years of experience working within film and TV, commercials and with corporate clients. Hannah also regularly styles and manages costume and wardrobe design. Her work has included a wide variety of hair and make-up designs incorporating SFX, barbering and wigs. 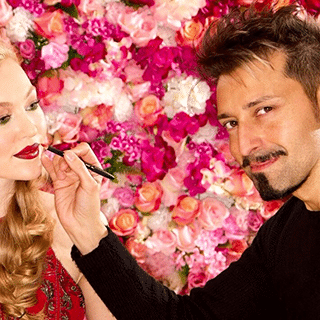 Armand Beasley is back again to judge our Real Beauty competition, an in-demand celebrity make-up artist who has worked with superstars Goldie Hawn, Natasha Hamilton and Michelle Keegan. We’ve worked with Armand many times and have witnessed first-hand his professionalism, great advice and stunning creations.  He’ll be looking for a professional and stylish look to cover the typical work day, followed by a sultry evening look with the help of only a couple of products.  There’s real versatility to be shown here, and Armand has a great track record of picking winners – previous category winner from 2016, Alice Rouillon has gone on to assist him at numerous glamorous events.  Armand will be judging Real Beauty. 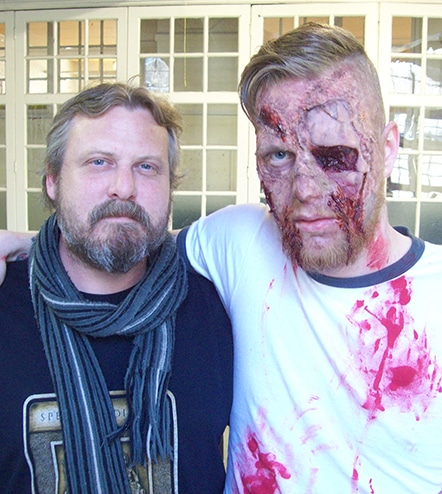 Mike is the Company Director of Rogue Creations SFX who provide all manner of Special Effects for the film, TV, commercial and theatre industry. Mike himself has worked on a variety of blockbusters and features over the years for some of the top effect companies in the UK.  As a freelancer, Mike has worked on ‘Harry Potter and the Order of the Phoenix’, ‘Casino Royale’, ‘V For Vendetta’, ‘The Descent’ and ‘Evil Aliens’.  Mike also teaches and demonstrates SFX in a variety of colleges and schools across the UK.  Mike will be judging Film & TV. 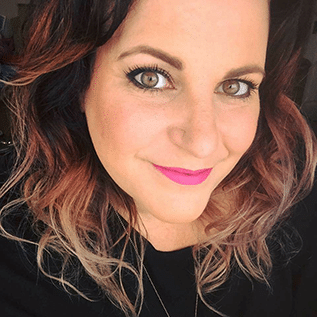 Bristol-based pro make-up artist, Jo has more than 20 years’ experience in the industry.  Although she specialises in fashion, bridal and beauty, she’s a keen all-rounder with qualifications in theatre and SFX make-up.  Jo is also a qualified lecturer and teaches Media Make-up at City of Bristol College, as well as fashion and beauty courses at Bristol Beauty School.  She’s a freelance make-up artist with a flair for bodypainting, in particular her baby bump art, and is a self-confessed make-up addict.  Jo will be judging Runway. 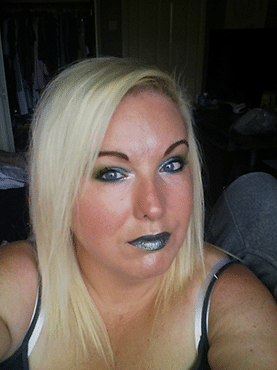 Jennie is a professional bodyartist and the Founder of Paintopia which is the UK’s largest, international bodypainting festival. Besides organising the festival, Jennie is also the UK distributor for Chameleon Bodypaint and has been the head bodypaint judge for the London and Manchester Professional Beauty Shows since 2014.  She has over 12 years’ experience in the industry and she loves the variety involved in her work.  She has many private and corporate projects in her portfolio including print work, editorial, fashion and film premieres.  In 2016 she completed some bodypaintings for a new health series produced by Channel 4 and hosted by Davina McCall, which is yet to be aired and in August 2017 she was part of the bodypainting jury for the Daegu International Bodypainting Festival in South Korea. Jennie will be judging Bodypainting. 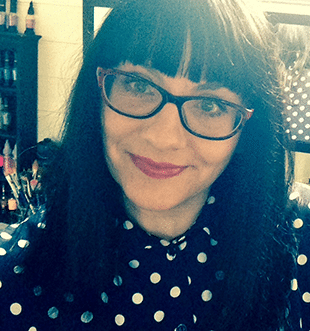 Brierley Thorpe is a trained MUA and professional face and bodyartist who has painted for private and corporate clients across the UK, and in France, Turkey, Switzerland, and at body painting festivals in Austria, Holland and the United States. She has won numerous UK face painting awards, the Olympia body painting award and the Body Painting award at Warpaint London at Professional Beauty London for two years running.  She has also won Glitter Body Artist of the year at Paintopia, came second in the SFX body painting category at Paintopia and in 2014 was a finalist at the WBF.  She has judged many online face painting competitions, was a judge at Professional Beauty 2016 and will be judging the body painting awards at Warpaint North Championships at Professional Beauty North and Olympia this autumn.  Brierley’s work has been featured in Kerrang!, Skinmarks, Dupe and Illusion Magazines and she has written numerous articles on face painting techniques for several UK face painting magazines.  Brierley demonstrated body painting at IMATS and at the United Makeup Artists Expo and has collaborated with Phyllis Cohen for Face Lace and with David Horne for House of Glamdolls.  She has also body painted for several UK and American music videos, short films and animations and has designed a range of paints for Cameleon Bodypaint.  Brierley teaches one stroke technique in London, was an instructor at Bayfba in San Francisco and will be instructing at EFABE in March 2018. Brierley will be judging Bodypainting. 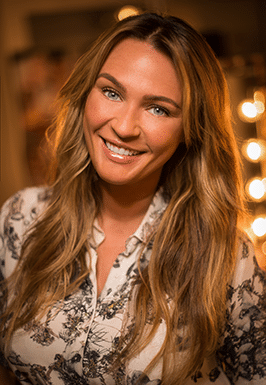 In 2010 Cassie opened CLMA, a high end, fashion make-up school based in Manchester, back to where it all started for her. Since its launch, the Cassie Lomas Makeup Academy has firmly established itself as THE place to train in the North West, teaching students to the five star standard she feels that everyone should have access to.  The aim has always been to help mould careers of aspiring make-up artists and hair stylists who want a professional career in the industry via the advice of someone who has experienced the hard work and dedication it takes to make it in the industry.  Cassie prides herself on the Academy’s outstanding reputation and on-going success driven by her passion to help those who want a long-term career in the industry.  Cassie will be judging Real Beauty. 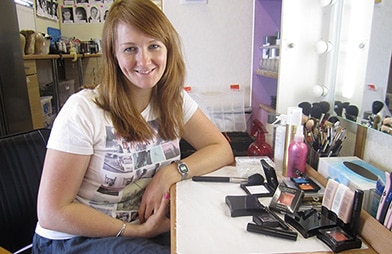 Nadia is an RTS-nominated film make-up and hair designer. With its eclectic mix of TV and film, her CV hints at her art and theatre background, and she’s certainly cut her teeth with stints on Potter and Downton.  It was her breakthrough role as Make-up and Hair Designer on the quintessentially British movie, Pride, in 2014 that heralded her shift to the big league, followed by BATFA-nominated Girl with all the Gifts.  At the start of this year, Nadia was working on the Superman prequel TV show Krypton. Nadia will be judging Film & TV. 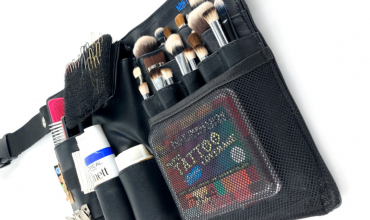