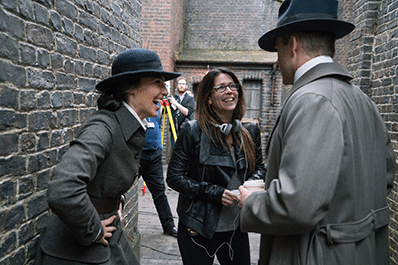 Last week she shared with us the step-by-step secrets of the Wonder Woman look she created for Gal Gadot. Now Sarah Brock lets Warpaint lift the lid on her experiences on set. 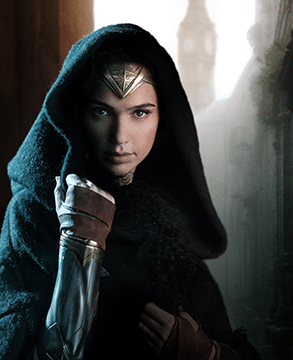 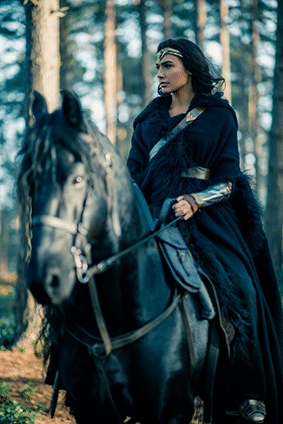 WP:  Congratulations on the beautiful looks that you created for Gal Gadot in Wonder Woman.  You’re much better known for your Red Carpet looks – how did you transition into movies?

SB:  It really was a fairytale story as to how I came to work on the Wonder Woman movie – after being in beauty and fashion for 18 years, the movie industry wasn’t something I had ever considered.  Patty Jenkins, the director, was searching online for inspiration for the make-up look for Gal and she kept coming across an image from a bridal designer campaign that I did back in 2008.  My name wasn’t on the image, so she asked the team in the USA to find out who did the make-up for the campaign – they found my website, Patty looked at my work and loved what I did (plus I was based in the UK where most of the filming took place, so it was perfect).  I had an email one evening from Patty, I went to the Warner Bros Studios to meet her – we got on so well immediately and she offered me the job as the personal make-up artist to Gal on the movie and the rest is history. 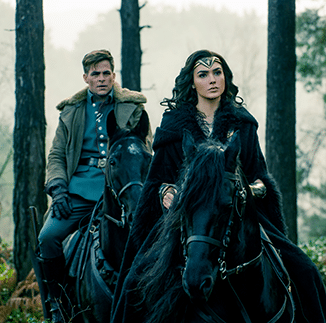 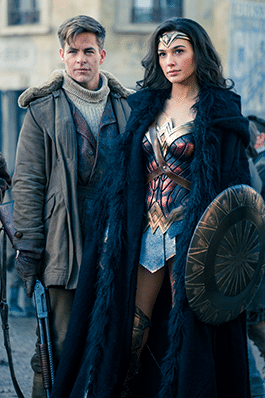 WP:  With a female director and a heavily female cast, did this affect the approach to the make-up?  How did you create the combination of strong and very pretty?

SB:  The reason Patty bought me on board to work on the movie was because she wanted Gal to look goddess-like and naturally beautiful, which is what I was doing already with my fashion work.  Because Patty is a woman, make-up was really important to her, as it really can make a huge difference to the final look.  The costume itself did the job of making Gal into the Wonder Woman we all know – I just had to compliment that by creating a make-up which enhanced Gal’s natural beauty, and made her look radiant, healthy and glowing.  It was important to both Patty and me that the make-up should not compete with the costume itself. 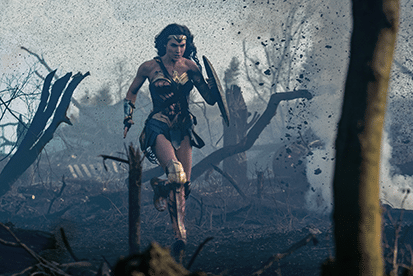 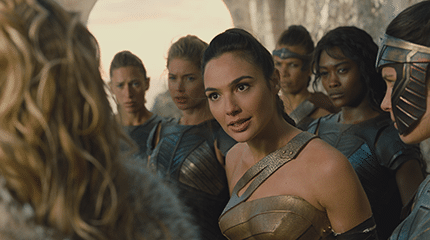 WP:  Christine Blundell is the designer on the movie and there’s a very British crew.  Had you worked with Christine?  How did the collaborations work?

SB:  I had never worked with Christine before – as this was my first movie.  Christine was incredible, her experience and credits speak for themselves, and I was left to do what I know which was the make-up, but Christine was key for me as she taught me so much about the movie industry – it was like a movie bootcamp for me. 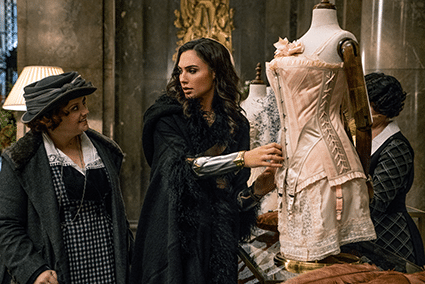 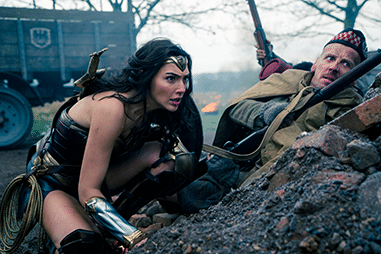 WP:  How much input does Gal have in the looks you created for her – for face and body?

SB:  Gal is so professional and loved what I did for her on the movie.  Gal and I have both worked in fashion in the past (Gal was a model), so she understood exactly what I was doing make-up wise.  As with most actors, she went with what our director, Patty, wanted. 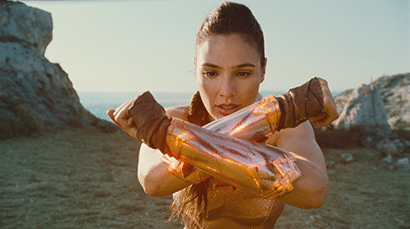 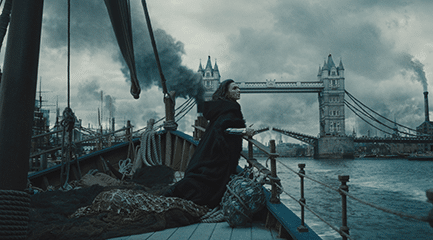 WP:  Combining beauty with action movies and fight scenes in particular requires tough, long-lasting products.  What were your challenges and which products did you use for face and body?

SB:  The surprising thing to a lot of people is that for her face make-up, I used the same products that I had been using for years in my pro kit.  I think this is where spending years of bridal make-up helped – I was used to creating looks for brides that I would apply first thing in the morning and would last until the early hours of the next day.  Yes, it had to be slightly thicker on the base because of the filming, but, on the whole, I was used to working with long lasting formulations.  I still used the same premium brands that I have worked with and trusted for years, such as Chanel, la Mer, Armani, NARS and Tom Ford.  I was by Gal’s side 24/7 and there were a lot of touch-ups, especially in the trenches where there was mud and also in scenes where we maybe had to spray water, or where she was on the ground or we were filming in the rain.  Bodywise I had to learn that in a short space of time and it was where Christine Blundell’s expertise came in: using tanning products first and then products to add contour to the body.  Doing it every day, by the end of the movie it became second nature. 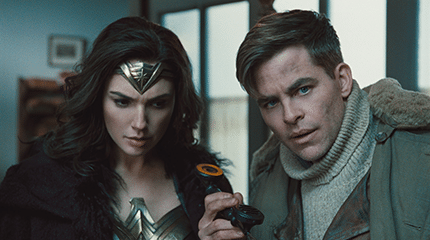 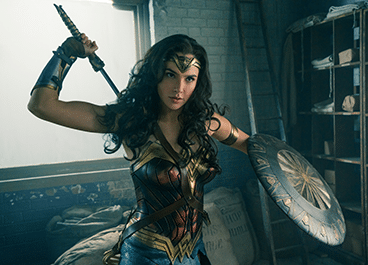 WP:  Where were the island scenes shot?  Did you have heat to contend with too?

SB:  We filmed for a month in Matera, Italy, where there was sun and heat (so we went through a lot of sunscreen), plus keeping the make-up on with the heat meant constant re-touching.  We also had scenes on the beach in the sea, so again checks were very important to make sure that the water didn’t affect the look. 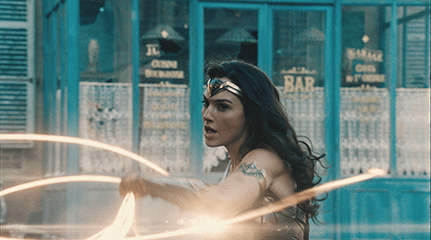 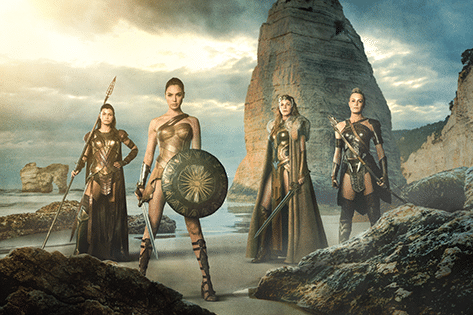 WP:  There’s an underwater scene when Diana rescues Steve Trevor.  What were the challenges that you had here?

SB:  This was one of my biggest challenges, as this was shot in an underwater tank, and it was warm water which can make make-up melt.  Gal was in there for hours and hours.  Because my make-up is long lasting and I use products which don’t budge, I did the same make-up, with a setting spray on top – and it didn’t move.  It was a very proud moment for me. 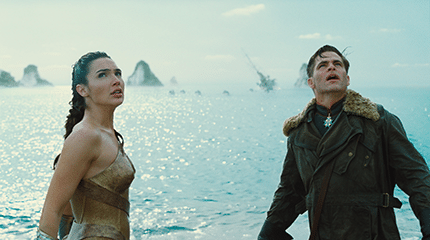 WP:  In the trenches scenes, the wounds and blast injuries are kept accurate to what would have been seen in WW1.  Who did the wounds on Gal?

SB:  Gal didn’t have big wounds, they were more scratches and cuts.  Again, Christine was key in showing me how to do this, which I then could do myself.  That was really interesting for me, as I was just used to doing beauty, so it was fascinating to see how Christine did this and learn a new skill for myself. 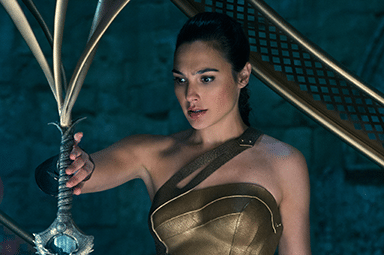 WP:  In many scenes, Gal’s character looks radiant amongst the others on screen.  Was this achieved with product and lighting or in post?

SB:  I can’t comment on what was done in post, but it’s a real compliment for you to say that – part of my skill as a make-up artist and why Patty bought me on board is because of the highlighting and skin work that I do.  The lighting was also incredible, so it complimented my make-up skills. 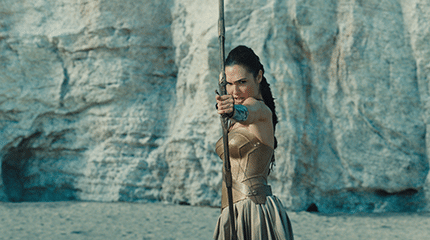 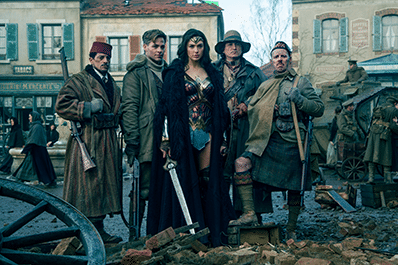 WP:  Diana’s lashes are exceptional – what’s your go-to product here?  In particular, what glues did you use?

SB:  Thank you!  Gal has lovely lashes anyway which I enhanced with two different mascaras and then every day, I would apply individual lashes to the outer corner of the eyes – and I used my go-to eyelash glue which has always been Duo. 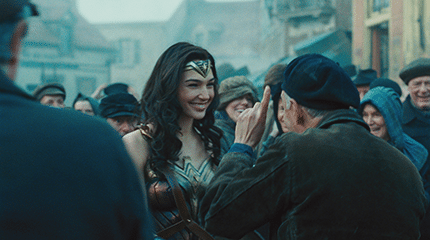 WP:  While Gal’s overall look is established throughout the movie, her lip colour changes from pinks to berries, and deep reds as the action progresses.  Talk us through how this develops.

SB:  This was something that happened organically as we were filming.  We filmed in so many different environments, from sunny Italy to dark, grey London and the lighting for these was totally different, plus Gal’s costumes changed throughout the movie.  We always wanted her to look healthy, beautiful and glowing, so I adapted the lip colour to suit the costume and environment that we were shooting in. 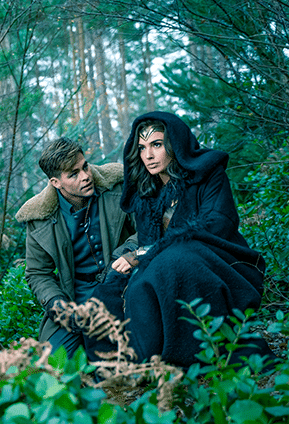 WP:  During the reshoots, Gal was pregnant.  Was this a factor in the make-up products you used?  Did you need to change anything?

SB:  Not at all!  Gal is just incredible.  There were no products that I used on her that were unsuitable for pregnancy, so we kept everything exactly the same. 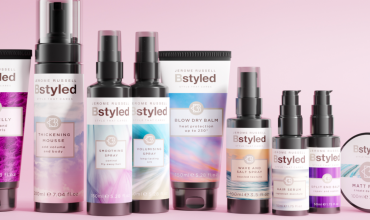 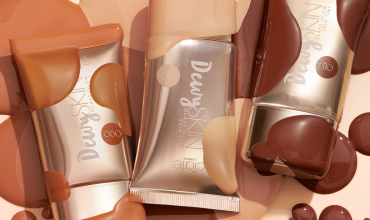