Luck Be A Lady

Even as an Oscar- and BAFTA-nominated makeup artist, Tina Earnshaw is the first to admit that her career has taken her to places that she never imagined – both literally and professionally.  After leaving school at 16 years old, her first job was as a junior in the Max Factor store on Bond Street where she stayed for two years before she was old enough to apply to the BBC for their Makeup Trainee programme.  “It was great experience,” she explains, “and you had to deal with different customers and their particular requirements every day.  But it was the BBC course that I really wanted to do.  It was great – you learned everything and had to be able to do anything that was asked of you – hair, make-up, drama, period wigs, whatever was needed.  I learned so much when I was there.” 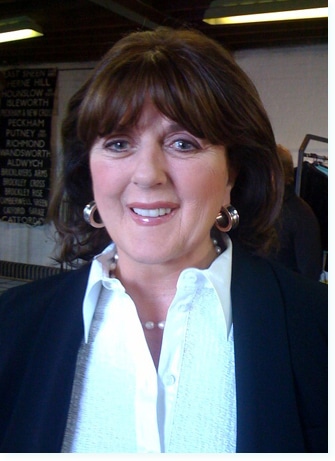 One that stands out for her is the first War & Peace, starring Anthony Hopkins, when she was around 23 years old.  “We were sent to what was then Yugoslavia and I must have taken about 20 make-up artists with me and hundreds of wigs, I can remember packing around 600 – 700 wigs for all the battle scenes.  We got out there and the first week we were into the battle, we had a thousand extras every day – there were Territorial Army, they would come and get their wigs on, and in the first week I lost 400 wigs because they never came back after lunch.  I was convinced I was going to be sent home.  We had to send for more wigs and think of a way to stop this happening again, so we told the extras that they’d get paid at the end of the day, they wouldn’t get their money unless they handed in their wigs, beards and moustaches – and this did the job.  I think it was 24 episodes and it’s funny now that the new War and Peace, which was fabulous, was on the telly.”

She stayed on at the Beeb until 1972, after finding she was pregnant with her first child.  “I loved it there,” she reminisces, “and I met wonderful people.  Funnily enough at the UMA Expo earlier this year, I met up with some people there who were from the BBC who I hadn’t seen for 40 years – I mean it was amazing.” 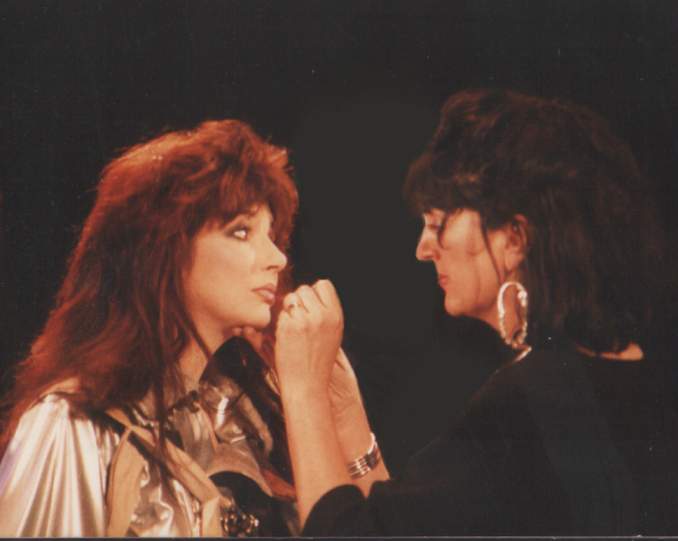 After the BBC, freelancing lead Tina into the world of print.  “I loved doing beauty and did a lot of commercials and a lot of fashion.  I was lucky enough to work with all the good photographers – David Bailey, Sarah Moon and a lot of the great photographers of that time.  This was in the late ‘70s and early ‘80s, hair and cosmetic commercials were the most wonderful big budget affairs, I had a really good career when I was bringing up my children and just working two or three days a week; I was very lucky because I don’t think it is like that now.”

At that time Tina hadn’t wanted to do films because she didn’t want to leave her children, and she confessed that she never felt really quite grown up enough to concentrate on doing big movies.  “I thought I might have been a bit too flighty for that.  It was in ‘94 via a girlfriend of mine who was doing all the Merchant Ivory movies at the time – a hairdresser called Carol Hemming, she did the hair recently on Cinderella, she’s a really talented hairdresser.  We had done a lot of commercials together – and had a lot of fun – and she asked if I would come on a Merchant Ivory film to Paris with her.  The film was Jefferson in Paris with Nick Nolte, Greta Scacchi and Thandie Newton.  And I was terrified, really terrified because we started off in the 1780s and beautiful white faces, really exquisite make-up.

“While we were prepping, James Ivory said he wanted a false nose on Nick Nolte and a false nose on the king, so I had these noses made.  We were shooting in Paris and I didn’t know about lighting, and how it could affect the look of the make-up.  The lighting cameraman was using strip lighting and I didn’t know what that did to prosthetics, it took the blood out of it, so you would make it up to the eye and it would look perfect.  When they saw it back on the rushes, the nose looked pure white – I felt that this was a disaster.  We had to re-shoot a few things and I had to paint Nick Nolte’s nose almost sort of bright red, it looked ridiculous to the eye but then it filmed perfectly, so we got that right.”

Othello with Kenneth Branagh and Laurence Fishburne came next and the film work began to roll in back to back.  This was followed by a successful series of collaborations and personals with Gwyneth Paltrow, sparked from their pairing on Emma, and often accompanied by her daughter, Polly, who by that time had also joined the business.  Collaborations have been a feature of Tina’s career – she met Kate Winslet on Hamlet which lead to one of her most well-known films, Titanic.  “I got the job over the phone – it was ridiculous really.  Kate had told James Cameron that I was good at period work and he called me.” 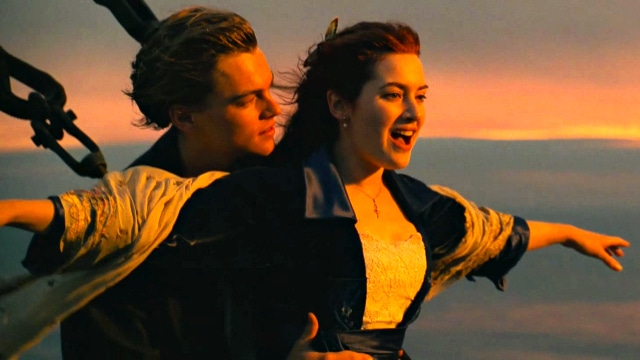 Tina feels the combination of complementary talents in her team is key to a successful movie.  “I always have great people working with me.  I have to say that, as far as I’m concerned, I’m not always good at everything so I always make sure I have a really good team with me; you’re only as good as the people who are with you.  They have to be keen and really good to get on with – not difficult.  I don’t take credit for all those beautiful make-ups that you see because it’s mostly the people who’ve you’ve got working with you.  I’m fine at designing and I love doing the girls and getting it all together, but I always make sure I have a really brilliant team – a really lovely, good team with me.” 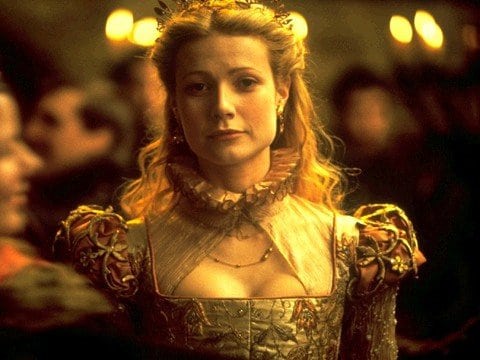 Gwenyth Paltrow in Shakespeare in Love

Titanic is a good example, as Tina was able to take a team of 10 with her.  “It was a really hard film – not particularly difficult make-up in Titanic.  Once you’ve worked out how to do the eyes and things like that, it was quite easy make-up.  You only had lower class people who were scruffy, middle class and then higher class people who were beautiful.  The make-up wasn’t difficult although the hours were, and you rely on your team.” 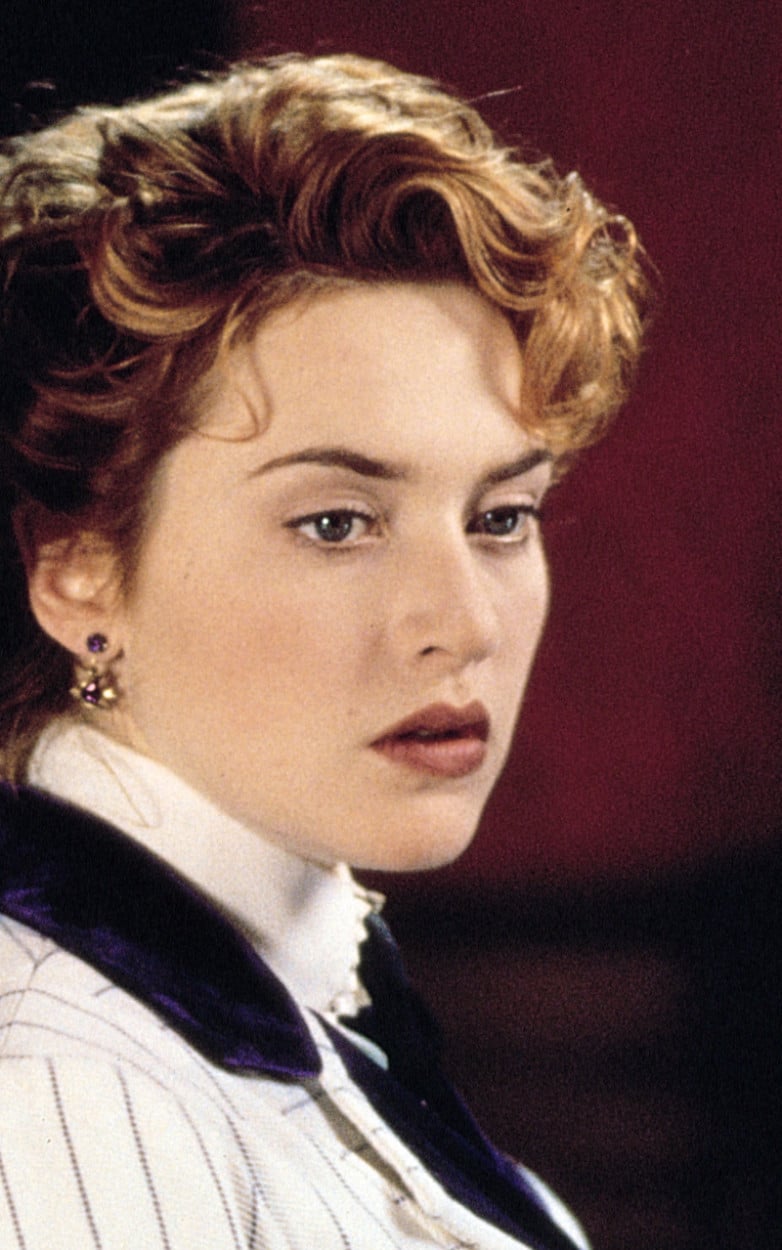 After a stint in the US doing Sliding Doors, Ever After, Shakespeare in Love, The Talented Mr Ripley and two of the Spiderman franchise, Tina knew it was time to return home to Europe, heading out to Greece for Mamma Mia again with Polly.  “It was so hot and there were so many wasps; you couldn’t open your packed lunch without 100 wasps arriving.  The wasps were terrible, but that was a really good, fun film.  It was hilarious and we just loved it – morning, noon and night.” 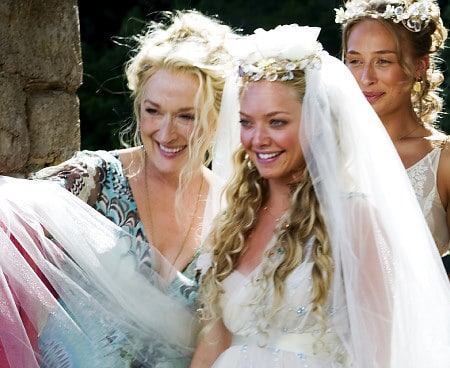 Once back in England, she’s worked ever since.  “I’ve been very lucky how I’ve been in the right place with my career.  I think a lot of it is down to where you are and I was lucky leaving the BBC at the right time, and doing films when I was older and I felt more confident about being able to do a film.  Doing my first film when I was 49, I was ready to understand how it works – producers, etiquette, being careful about budgets, breaking down the script.  I don’t think I would have been good at it when I was younger, so starting later was good for me and I’m still enjoying it.”

Tina’s advice to trainees is to keep going and be enthusiastic.  “I’ve worked with some really great people, and I’ve done Ridley Scott’s last five films which has been great for me.  I think I’ve been very lucky and I think I’m very well aware of that.  If you really love it, you’ll get there.  This is the ideal time to do make-up because there is so much wonderful TV out there and they’re so many opportunities.  It’s a very good time to start.”

Stay tuned to read more from Tina Earnshaw next week, in her very first column for Warpaint Magazine! 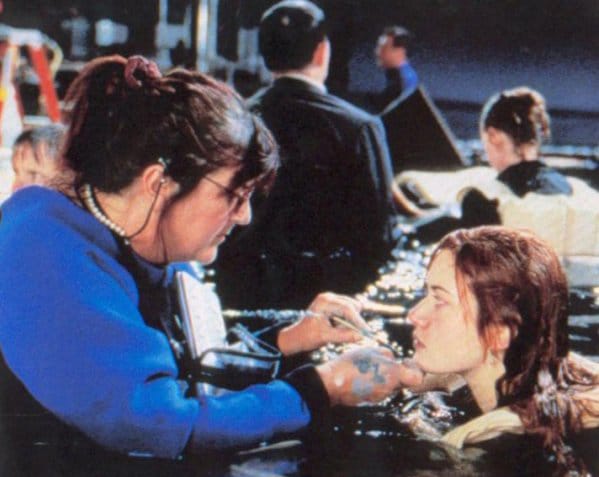 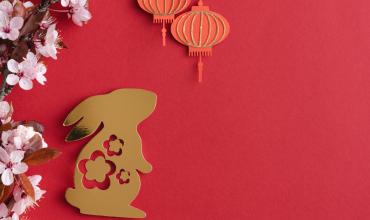