While half the internet was in uproar over the casting of the all-female remake of ’80s classic Ghostbusters, we were more excited to see what the new generation of ghouls and busters would look like.  We caught up with Make-Up Department Head Trish Seeney to discuss her work on the movie, along with her myriad of projects over the last twenty years. 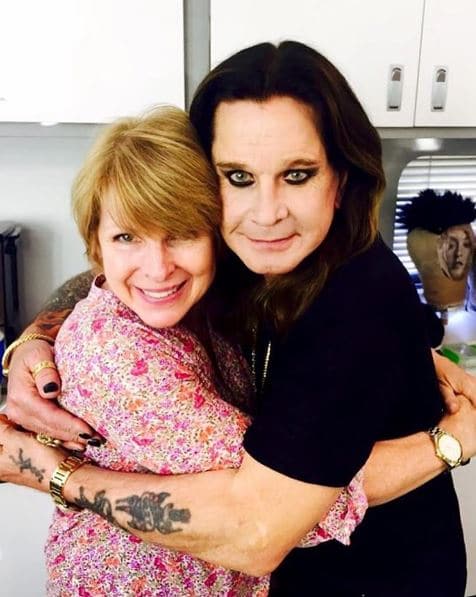 WP:  When did you realize that you wanted to pursue make-up for film?  Was it always film make-up that interested you?

TS:  Early on it was print that was of interest, but once I set foot on a set I was fascinated by the film making process.  The Crucible was my first movie set and I was awestruck.  I was so green – thank goodness the department head Naomi Donne was kind and generous to me.  Had it not been a great experience I may not have been as driven to join the union.

TS:  I am mostly a self-taught make-up artist.  My first career was in Print Advertising – initially a layout artist, then sales.  I studied both art and marketing in college and later received my skincare license.  I believe this background enhanced my practical and creative skills as an artist while guiding my administrative and management skills as a department head.

Trish with Kate McKinnon, star of the new Ghostbusters

WP:  Do you think your groundwork in fine art gives you an edge over others when it comes to working as a make-up artist?

TS:  I wouldn’t say it’s an edge over other artists because everyone has their own process, but it gave me the foundation vital to understanding colour, blending and texture.  I know make-up artists who have no idea what the colour wheel is and how to apply theory when choosing shades.  Faces are just another type of canvas.  More tricky, of course, because every face is has different skin tones, structure, and features.  Once hairstyles are added a make-up artist must understand face shapes and balance.  All of this applies when creating a character.

WP:  What would you say have been the biggest changes in the industry since you started?

TS:  For make-up in particular it has been the use of HD (High definition video) which caused a learning curve.  Advanced FX and fantasy work have become huge, CGI has become more prevalent, and the use of personal artists has lessened.  Some TV series are now looked upon as equal to film, when for so many years movies trumped TV. 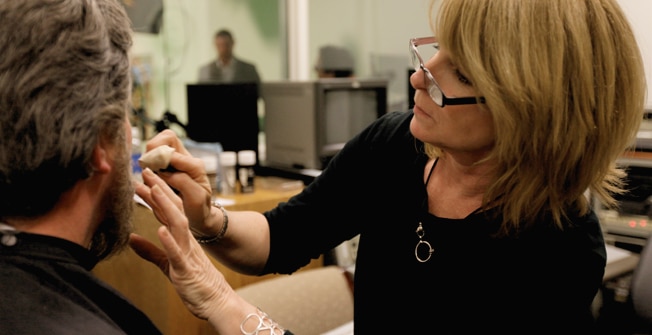 WP:  Are there any changes to the industry which you expect to see over the next 10 years or so?

TS:  As we all know technology is steadily changing.  Keeping up with new software for continuity is important.  Learning to use new products and techniques is also a must.  It is always helpful to work with different artists to see products they like and use, along with their technique when applying.

WP:  Do you have a favourite job/ film that you worked on?

TS:  It’s a tough question because I’ve learned something from every project  I’ve worked on – even the “not so great” films.  The Company Men was a terrific script with amazing actors.  Captain Phillips was filmed in multiple locations in the middle of the ocean.  Ghostbusters was a fun-filled summer working with such an amazing team.  Gone Baby Gone was also one of my favourites – I was working as the key to John Jackson who was very good to me and really became a mentor.  It was also Ben Affleck’s first film directing, and Boston had just passed our tax incentive so everyone was thrilled to be steadily working. 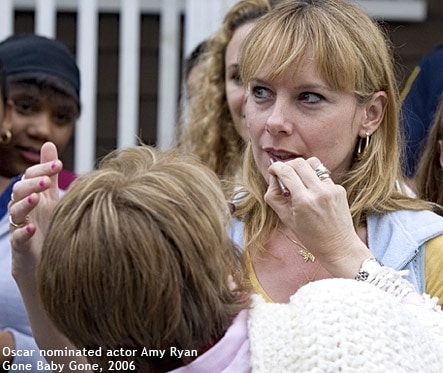 WP:  One of your most recent projects was the new Ghostbusters.  The original film was such a cult phenomenon, did it present any challenges that you don’t normally face on a new film?

TS:  We were all clearly aware of the controversy and the comparisons being drawn between the original cast and our all female cast, but we focused solely on our script and actors.  The overall goal was to collectively make the movie as good as it could possibly be.  The entire creative and production team was awesome – our department worked very closely with both the Costume Department and Visual FX Department. 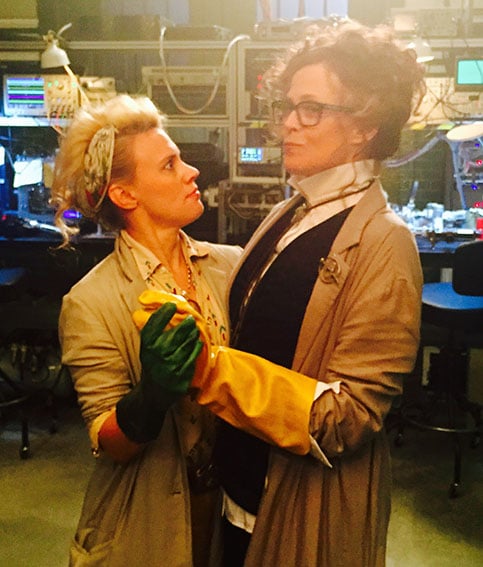 On set with Ghostbusters

WP:  When working on Ghostbusters did you take much inspiration from the original, considering the shift in protagonists from male to female?

TS:  Costume Designer Jeffrey Kurland was our guiding force.  We met with him early on in pre-production and collaborated on the make-up and hair looks based on his costumes.  The themed BG artists were specifically chosen during costume fittings.  Jeffrey’s amazing department gave us binders of photos to determine character make-up including facial hair and wigs.

WP:  As its Make-up Department Head, how did you bring together the regular make-up and SFX in the movie? Who was on the team with you?

TS:  Niki Pleau was my key and greatest support, alongside Brenda McNally as the Hair Department Head.  Aside from our principal actors we had numerous cameos and daily stunt women for second units.  Believe it or not we had almost no complicated SFX make-up.  Vincent Schicchi and his studio were hired to design and apply the FX for the subway ghost, but every other character was straight make-up or character make-up.  Almost all of the ghosts, including the subway ghost, were then CG’d.  We had at least a hundred themed ghosts, dating from turn of the century to present day, in the Times Square finale plus a few hundred police officers.  There were more than 500 heavy metal background artists for the concert scene.  We needed to pay special attention and police all tattoos.  It was crazy at times but luckily we had a talented team of local artists to staff our needs.

WP:  Kit-wise, what can’t you live without?

TS:  I have a lot of palettes.  It’s not necessary to carry around a lot of product.  Buying or making palettes lessens the load and gives you plenty of options.

WP:  You’ve been in the industry since the mid ’90s – can you take us through the most memorable moments from some of the many movies you’ve worked on?

TS:  Wow… so many!  Watching the crazy drive scenes through the North End of Boston in The Town.  Working aboard the USS Truxton for Captain Phillips in Norfolk.  The amazing sets made for the water scenes in The Finest Hours on the SS Pendleton.  Watching Chris Cooper recite his lines with Tommy Lee Jones in The Company Men.  The court scenes in The Judge with Robert Duval, Ken Howard, Billy Bob Thorton and Robert Downey Jr.  Creating the make-up for Amy Ryan on Gone Baby Gone – she walked through a crowd in Dorchester and a police officer told her she couldn’t go on set thinking she was a local neighbour. We just laughed and knew we nailed the character. 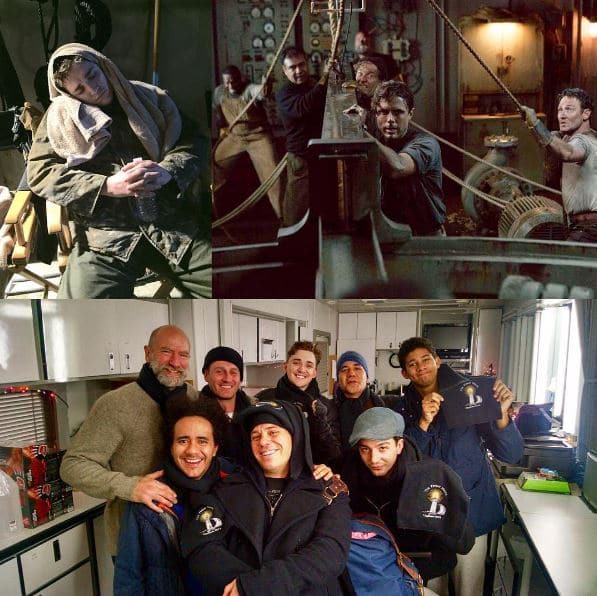 Behind the scenes of The Finest Hours – @trishbeautyguru

WP:  Do you take something from each that helps in your job for the next time?

TS:  Absolutely, I ask myself that question at the end of every show:  what have I learned, or how could I have handled a situation better?  It is usually a management or leadership lesson.  Perhaps learning to use a new product or practice a technique.  Conquering the unexpected challenges quickly and under pressure is rewarding.

TS:  Although I don’t think it’s mandatory, I would enroll in a make-up school.  My start was behind a cosmetic counter where I was working as a freelance artist.  My beauty make-up became better and better the longer I worked.  Sometimes I wish I had started earlier, in my 20s, but the experience I gained from sales and marketing during that time certainly helped me network and gave me the professional skills to be Department Head. 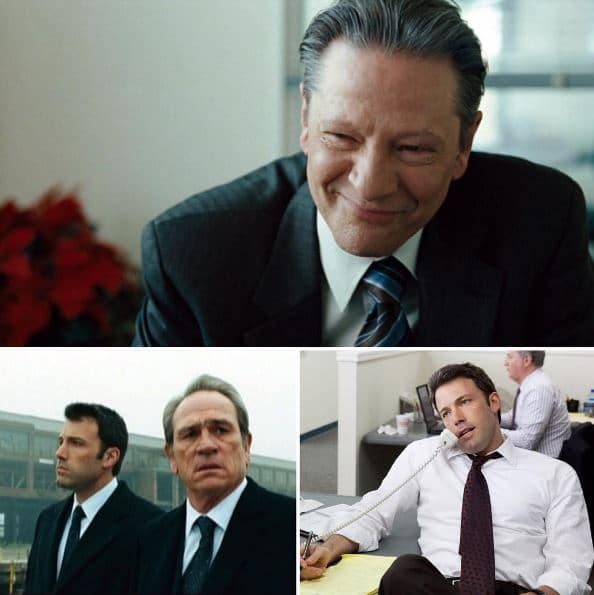 WP:  What would you say is the most important attribute that you look for in an aspiring make-up artist?

TS:  Passion to learn plus patience; the path is not easy and it takes time.  There’s a lot to learn and it’s best to work under as many seasoned artists as you can.  Take the time and make the effort to continually learn your craft.  I receive emails all the time from those interested in becoming a make-up artist.  Follow-through is rare because it’s a very competitive field.  You often make little or no money when you first start so you’d better love it.  Money wasn’t my driving force, the experience was.  Living in a smaller market here in Boston, I worked on mostly independent films at first.  I loved the creative camaraderie on set and in the trailer.  The hours were long and the conditions often difficult but I couldn’t imagine doing anything else. 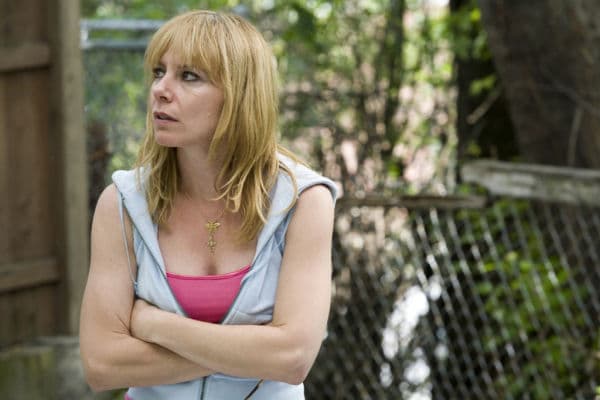