Phil Briggs is a specialist in the art of skin camouflage – covering birthmarks, scars, injuries and pigmentation to help clients restore confidence in their appearance, or to help them in some aspect of their life.  It’s far more technical, more complex than simply applying a heavy layer of foundation – so we’ve invited Phil to talk about his experience and advice regarding skin camouflage. 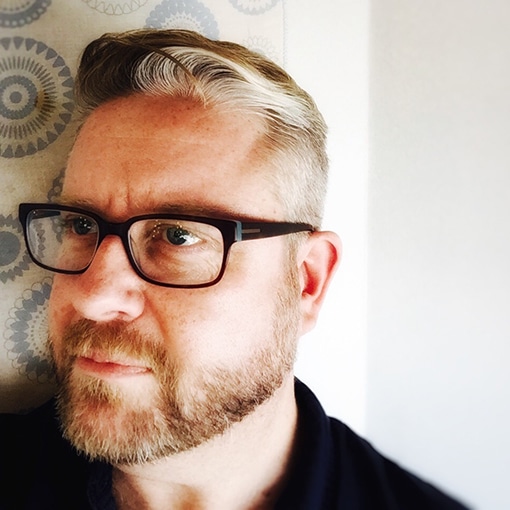 An exciting and challenging option for the Make-Up Artist

As a make-up artist of twenty years I still enjoy the thrill of enhancing someone’s face using tried and tested, or sometimes experimental, techniques.  During my thirteen years as Head of Make-up at ITN (Independent Television News – provider of ITV, Channel 4 and Channel 5 News) I loved the daily challenge of providing continuity for a nation of television news viewers, no matter what condition the presenters turned up in; be it sleep deprived, or one day (in the case of Jon Snow) with a black eye having fallen off his bicycle, it was my job to ensure they looked just as alert and well-polished as the day before.

Yet the satisfaction I got from the job didn’t stop me reflecting on what had led me into the world of make-up in the first place – and that, surprisingly, was creature FX.  I spent my childhood holidays watching ‘Behind the Scenes’ of Star Wars or The Dark Crystal.  It was the creation of something which wasn’t real but looked it that gripped my imagination.  My parents bought me the Dick Smith Movie & TV Horror Make-up Set as a child and I loved creating fake scars and wounds to shock friends and family members.  It was this fascination with creating an illusion which led me to the world of skin camouflage. 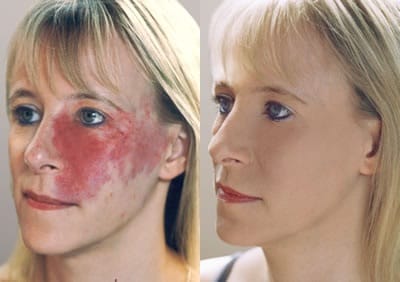 One day, soon after I had been reflecting on my career, I was watching Channel 4’s series Embarrassing Bodies.  A young man on the program had a large birthmark on his body which was causing him much distress whenever he went to the gym or took his shirt off whilst on holiday.  A Skin Camouflage Practitioner visited him and within half an hour had, as if by magic, made it appear as though the birthmark had never existed – the birthmark was completely hidden from sight.  The man was excited by the result and so was I.  From that moment onward I knew this was the new challenge I needed in my career.

So, what exactly is skin camouflage?

Many MUAs know about the use of camouflage creams to cover something which is causing someone distress, but it is often assumed this is for an important photo shoot or a wedding day.  The truth is, as a Skin Camouflage Practitioner, you are first finding a solution for the person before teaching them how to do this themselves – possibly every day for the rest of their lives.  Skin camouflage creams differ from regular make-up in the amount of pigment they contain.  Traditional make-up, as MUAs well know, can enhance features or conceal blemishes, but in the world of skin camouflage many people in need of the service will be men and applying traditional make-up isn’t an option they would consider.

The challenge for the Skin Camouflage Practitioner is to find a solution simple enough for someone to repeat on themselves day after day.  For those who work within the NHS as a Practitioner this solution must be found from one of four brands of skin camouflage creams.  Dermacolor, Covermark, Veil Cover and Keromask are all available on discretionary prescription from a GP.  The challenge as a make-up artist providing this service is to avoid the temptation to mix up the perfect solution for someone using several different colours, which your client may be unable to replicate by themselves.  If you can provide a solution with one or two colours then it’s a job well done.

As a Skin Camouflage Practitioner who is also a make-up artist you can work privately, as I do, and you are able to think outside of the box a little when finding a solution for a client.  Often if it is a female client with an area of the face causing them distress, I begin with a good solid foundation such as Make Up For Ever’s Ultra HD Foundation.  This has such good coverage that it has usually done half of the covering for me.  Then the remaining visibility of the problem can be helped with camouflage creams.  You can also offer female clients advice on providing a distraction from their visible difference – bringing out the eyes to distract from the area of the face they would prefer people not to notice for example.

Take the case of Andrew, one of my clients.  He had received a diagnosis of skin cancer which had resulted in a large area of skin being removed from the side of his face.  A skin graft from his thigh had been used to replace this area of skin.  Andrew had been given a full cover foundation at a make-up counter but obviously, being a man, did not want to wear this all over his face.  When Andrew came to me he had been placing the foundation over the whole scar area.  Whilst this reduced the appearance of the red scar it didn’t deal with the fact the skin graft area is a different skin tone to that of the rest of his face.  Andrew is Skin Tone 1, the type which burns easily in the sun and almost always has a pink tone to it.  The skin graft area from his thigh on the other hand had strong yellow undertones.  The challenge as a Skin Camouflage Practitioner is to come up with a series of simple steps which have maximum effect. 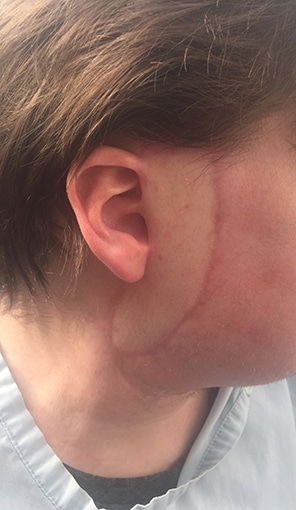 My solution was to take a small amount of a pink-toned Camouflage Cream and mix it with Kryolan’s Make-up Blend to thin it out to a ‘wash’.  The pink wash was then stippled over the yellow-toned skin graft area giving it a better match to the surrounding skin.  Following this I used a yellow-toned Camouflage Cream and applied this randomly to the red scar.  The idea here is not to paint a solid yellow line over the red scar but to ‘break up’ the scar so the eye is not drawn to it.  The effect was a much reduced appearance of both scar and graft. 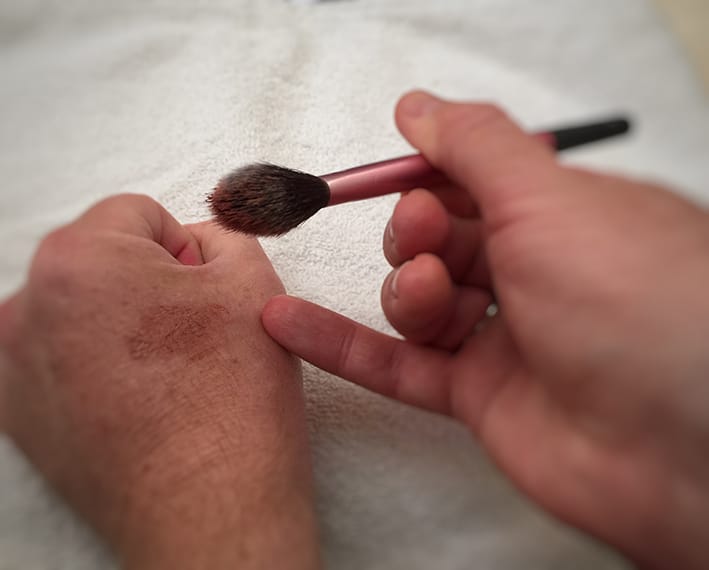 It is often asked “Why should someone have to cover up at all?”

In an ideal world no-one would.  People with a visible difference would be able to go throughout their day without stares, pointing, questioning or outright verbal abuse and we would all accept that everyone is very different and there is no ‘ideal’ way to look.  But we don’t live in an ideal world, and many people who I have helped over the years report horrendous behavior from members of the public in relation to how they look.  From pointing in the street to questions such as “What happened to you?” or “Is that contagious?” the attention is ceaseless.  On their stronger days people with a visible difference can often cope with these actions, but we all have days when we face the world not exactly feeling strong.  It is on these days that skin camouflage can give someone a sense of control over how their day may go.  A day off from the comments and second glances, a day to ‘fit in’ and go unnoticed.

Finding a solution is around 50% of the work of a Practitioner.  Learning how to handle the psychological issues that come along with the desire for coverage is the other 50%.  The person who has come to see you may not have initially told you why they have come; if a client with a Port Wine Stain birthmark across their face sits in your studio chair it may be very tempting to ask “So you want help reducing the appearance of your birthmark?”, at which point the client might reveal they actually want help covering up a tattoo on their hand for a job interview!  No assumptions can be made.  It may also be tempting to chat to your client about how they got the scar they have come to you with, but as someone providing them with a solution to help cover this it isn’t actually any of your business to know where the scar came from.  It may be a very stressful memory the client does not want to talk about. 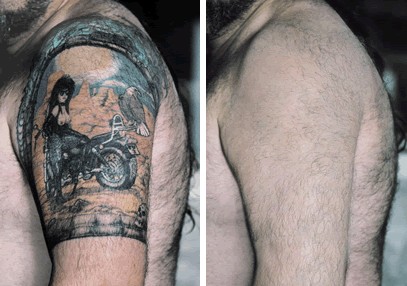 Luckily the course from the British Association of Skin Camouflage teaches as much about the psychological aspect of becoming a practitioner as it does the skin colour-matching and use of complementary colours.  It is an enjoyable course and one which will change the way you work as a make-up artist, as well as giving you another string to your bow as a Skin Camouflage Practitioner.

As a make-up artist you may well be used to receiving a cheery thank you from a bride or actor you have made up.  As a Skin Camouflage Practitioner you may well end up changing someone’s life. 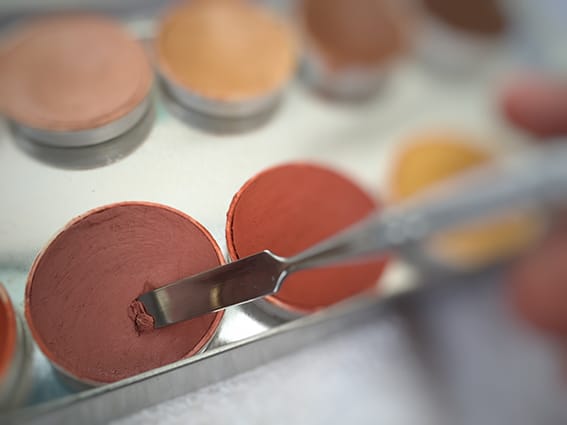