From an idea discussed over coffee between two friends to a global enterprise, Kryolan has grown to become one of the most versatile brands in the industry today.  We’ve met artists in all aspects of the industry who swear by their products, and were thrilled to sit down with Dominik Langer, the grandson of original founder Arnold Langer, to discuss the past, present and future of Kryolan. 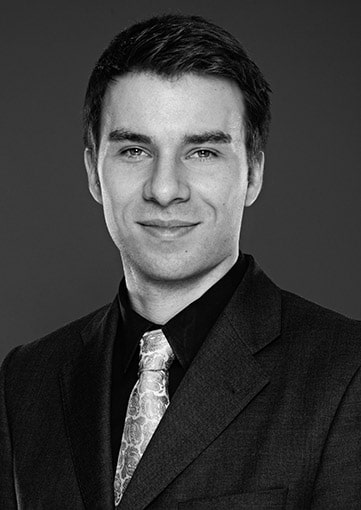 WP:  For our readers who don’t know, can you tell us a bit about how Kryolan was formed?

DL:  Kryolan was founded by my grandfather, Arnold Langer, and his friend on August 14th 1945, just before the end of the Second World War.  His friend was called Heinz Krause, and they were sitting in a café – everyone knew that the war would be over soon, and so Krause asked my grandfather what he planned on doing after the war was over, and he replied, “I’d like to start my own business, and I would do make-up.”  His friend asked if he could help, and he said of course.  My grandfather was a creative chemist by trade, while Krause was more of a businessman.  The idea was set in place in Berlin, where our factory is also still based.  My grandfather was a big theatre and film enthusiast, ever since his apprenticeship before he studied chemistry.  I think when he was 15 or so, as a chemistry student or apprentice, that he helped to develop the make-up for the first ever colour movie in around 1939, which was released around ‘45 – Women Are Better Diplomats.  Obviously after the war everything was destroyed, but theatres and operas started playing again very quickly in East Germany.

They started off with facial creams, soaps, toothpaste – and there was more of an exchanging agreement, that they would exchange ingredients for these kinds of products.  Then it really started, and in their first or second year they had come up with their first make-up – and it just went from there. 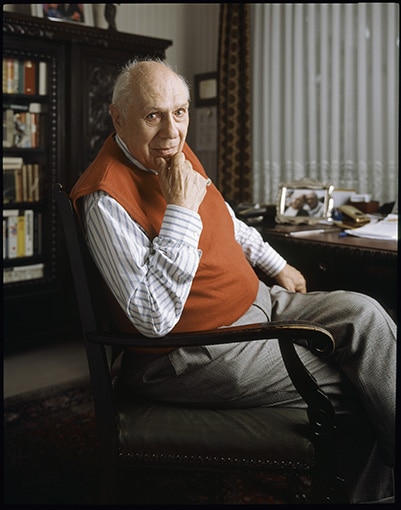 WP:  What does your role in the company entail?

DL:  As Director my role is based more in the business development side of the company.  I handle everything in regards to Kryolan, while my brother handles our private label manufacturing in a totally separate division.  I started initially by launching ‘Make-up is a Science’ in 2012, so I was in charge of co-ordinating, bringing ideas into the project, marketing, etc.  My wife then joined the company as well, and now she leads our Global Marketing team, so I withdrew from the marketing perspective.  I have more of a business background, and focus on planning and developing our latest ideas. 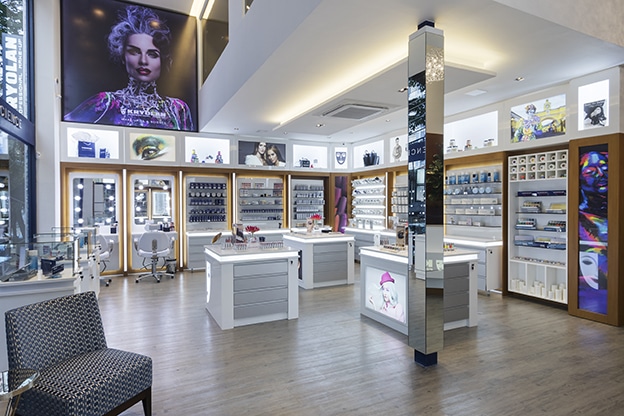 WP:  What are some of the biggest-selling products at Kryolan, and why do you think they are so popular?

DL:  Obviously our biggest-selling products are also our most long-established ones in the market already.  So one of them would definitely be Aquacolor, which was developed in 1947 by my grandfather – and actually there have been very few changes to the formula since then.  Some changes were needed due to regulations and laws, but the basis is still the same since 1947.  It’s popular because it is so easy to use; I think the fact it has extraordinary coverage and colour choice is a big aspect, but that it is so easy to apply and to remove is its key point.  It can be used on the face, for bodypainting, SFX, beauty – it’s very versatile.

Another top seller is definitely TV PaintStick.  For many years we’ve sold one million units of it, more or less, on a yearly basis.  Although it’s a very theatrical, old fashioned product, it’s still very well received, especially in the US and India; whenever you would like to have good coverage, to deliver a lot of pigment and colour – and it is not too shiny, despite being a grease product, it has a somewhat matte finish compared to Supracolor.  It’s long established and suited to all skin tones, to all ethnic groups across the world, so everyone can find their colour.

Then there is Dermacolor, as a range, although the cream is certainly one of our bestsellers overall as well.  Again here there is huge potential with the coverage, its ability to cover any skin problem, although it is beginning to be used more often for beauty purposes, given its longevity.  Film MUAs always use Dermacolor to be able to perfect the whole body.  These are the older products which are still our top sellers, and I would add Supracolor to this list as well, as a traditional grease make-up.  These four are certainly our top sellers, long established in the market and well-known by everyone.  Make-up artists who have been working for maybe 30, 40 years and are now teaching new students, they all start from the ground up with these sorts of products. 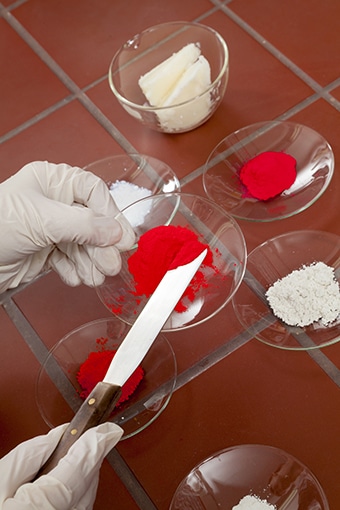 Newer products are much more difficult to promote and to sell as the competition is much harder these days.  The established products don’t have the problem of such competition and basically sell by themselves without the need for heavy promotion.  We sell a lot of eyeshadows, no doubt about that, and lip products too.  We launched our matte lipstick range last year and they have gone on to be a top seller – compared to the existing ranges we have, they have done very well with only 18 colours while other ranges have hundreds.  They are excellent products which really hit the ground and we are very pleased.

We launched Make-up Blend a few years ago, which you can use to dilute any kind of cream or liquid product – ideal for people who might think something like Dermacolor is too thick, you can dilute it with a few drops of this, almost like a mixing medium.  Blood always sells, around Halloween of course and always a steady amount across the year as well – usually around 10,000 litres a year, it stays quite steady. 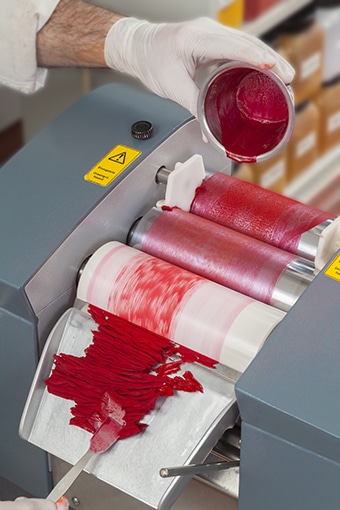 WP:  With new products, such as the new Eyes’ Ink, are they inspired by user demands and needs or from the ingredients and capabilities of the company and suppliers?

DL:  There are different ways, obviously.  Mainly what we do is listen to our customers, our audience, and we get the feedback that ‘this product isn’t as good anymore’, or ‘you don’t make a product similar to others, could you make one like this?’  So we look at what competitors do, we see what the market demands, and then we develop based on feedback.  Usually in the industry they create trends, launch it and market it as a trend so that everyone jumps on it because it’s hyped and in fashion – for example, people approached us about the growing popularity of cream eyeshadows.  We used to have a cream eyeshadow, many years ago, and the current market has new demands in terms of quality, how long the colour will last and so on, so the idea came to look at what we could create and develop.  Colour ranges were selected, then it was produced and marketed and it’s now readily available.  It’s always a mixture, never the case of one person coming to me and asking, “Could you make this?”  We speak to many make-up artists to ask them what they would want from a product, explain to our chemists (who are obviously not make-up artists) how you would use the product, how you would apply it, until they have an accurate idea of their expectations. 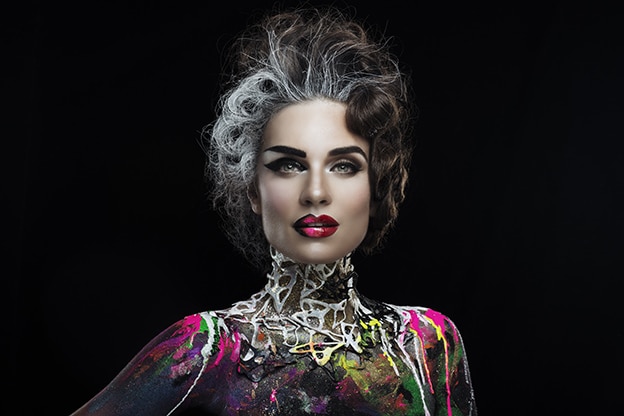 WP:  So do key artists such as Paul Merchant, Vicki Lee, etc. come in to test new products out for you?

DL:  Yes, Paul does as our head of make-up in the UK.  Also Jos Brands who is our head of education – they work closely with artists around the world and bring their feedback to the chemists.  Different markets will have different expectations, whether that is for different climates, how it performs on shoots.  Often Paul will take samples of products which are in development and feedback as to whether they worked well or if there were any issues.

Developing times vary greatly depending on the product.  Something which is always very tricky to create, and I think other brands would say the same, is fluid foundation.  You’re trying to mix oil and water, to achieve a nice emulsion, and too much of just one thing can create separation.  Powders are usually easier to manufacture, although we are have been trying to create a blot powder right now, which was recently tested on The X Factor.  It sounds easy, but it has taken at least eight months of development.  We used to deal with a lot of theatre productions, and still do sometimes, who would ask us to quickly make something up for a particular need, but it’s only for the one day or for the one production, it’s not tested in the terms of mass market appeal.  Realistically you need to follow a product over a longer time – how is it at room temperature, when it’s warm or cold.  We usually stress products over a period of three to six months to see how they will react in hot ovens.  Products, from initial idea to release, can take anywhere from six months to two years, for something complex like our new Nebula system. 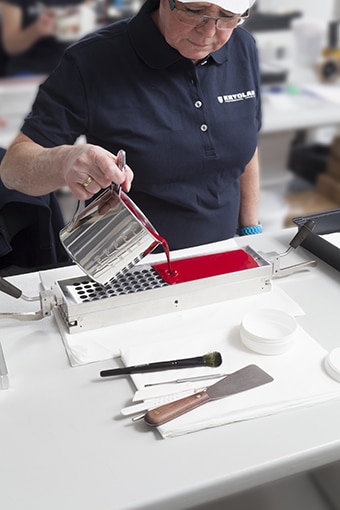 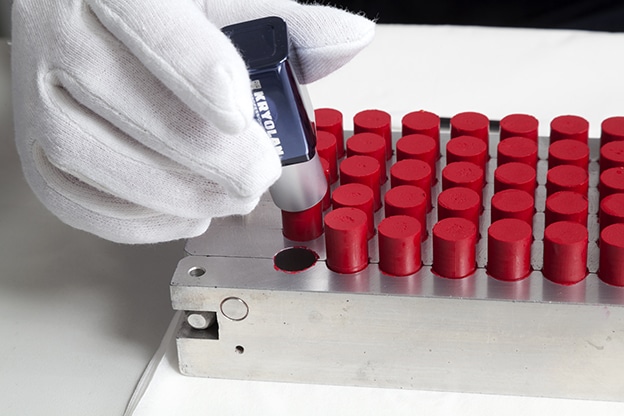 WP:  What does it mean to you to keep Kryolan as a family business?

DL:  My grandfather retired in 2014, and he’s just turned 95 so he’s certainly at an age where he can step back and relax!  My father is the CEO, and my brother and I are both Directors, along with the rest of our teams – we couldn’t do this all alone.  We want to keep it this way, with the family at the heart.  My grandfather built this philosophy into the company, and obviously we are proud of what my grandparents achieved during one of the most difficult times which we would never want to experience.  Times are also difficult nowadays, with everything moving so quickly, but we are sticking to our ideology, our idea and vision for the brand which is behind everything that we do.  It is a competitive market, it’s not an easy one, you can only keep moving forward – remaining at a standstill would mean losing.  But absolutely we want to keep [the company] private, able to make quick decisions, although it’s becoming more difficult as we continue to grow. 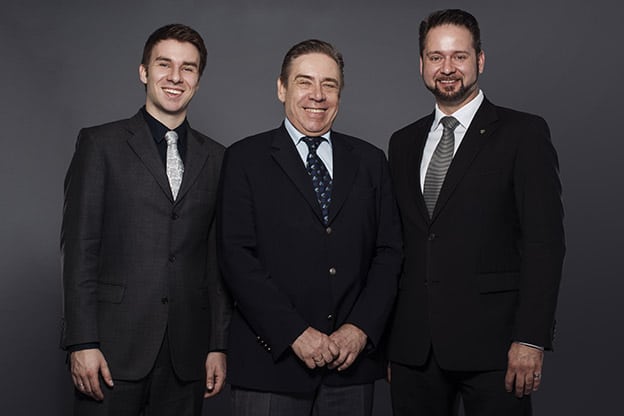 DL:  The blood powder will be one of the launches, which we are currently finalising.  There are many more things coming, in terms of products.  Eyes Ink remains a big focus for us, and we have a new issue of Make-Up International Magazine coming out in April; check out our website and be surprised by what we’re going to launch.  We plan to open a few more shops around the world as well, both alone and with partners, and in the UK Kryolan is pushing forward and replacing the Charles H. Fox name.  Perhaps some new projects, some new markets to tap into – we’ll see.  We’re also expanding our premises in Berlin this year by 50%, the largest investment Kryolan has ever made, in order to increase our production facilities and taking on new employees – it’s a busy year! 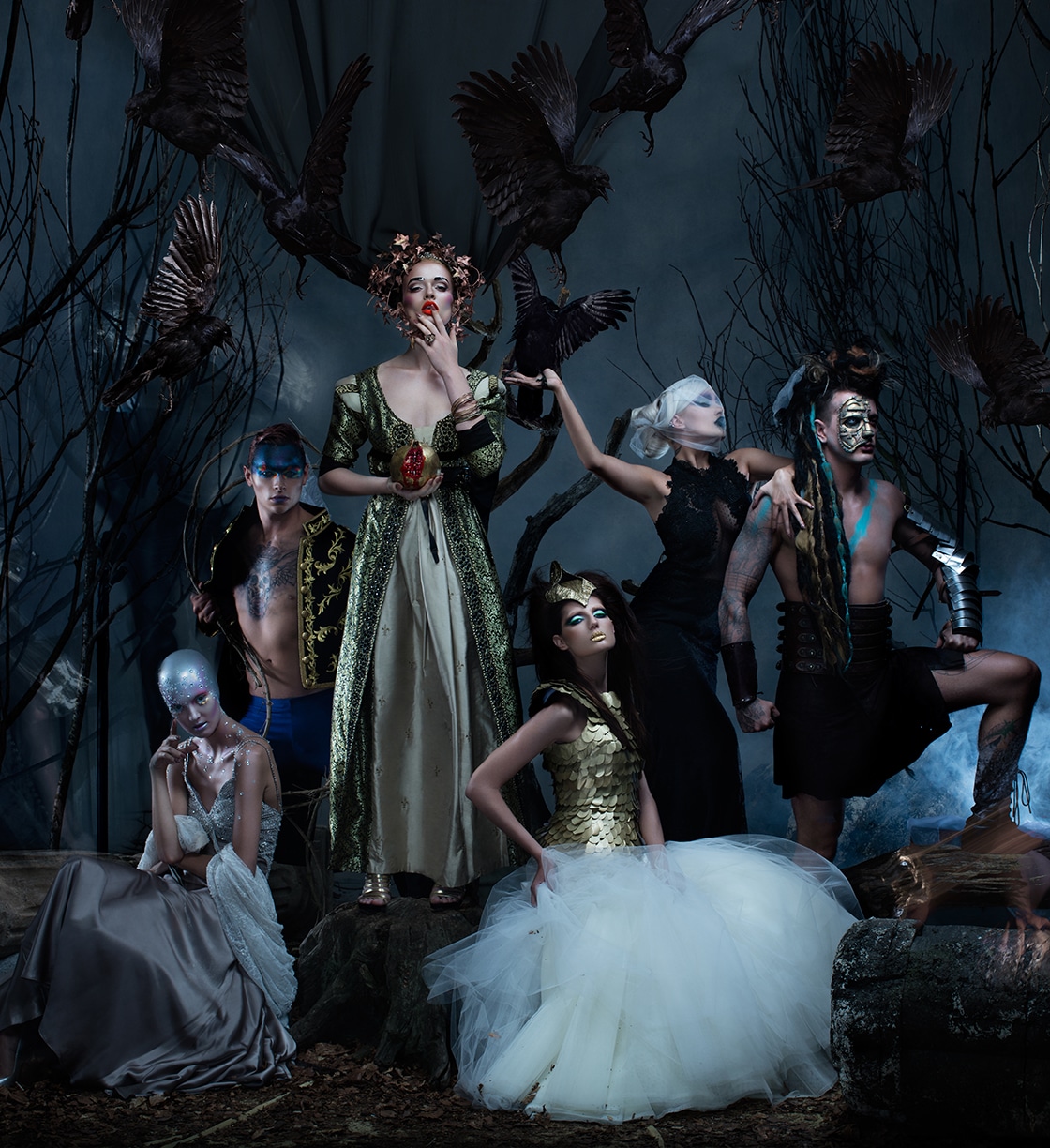 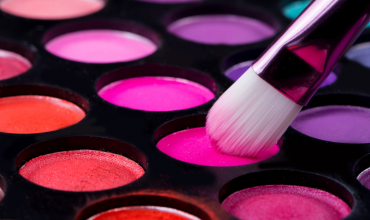