As the dust settles behind Professional Beauty North, we’re looking ahead to Professional Beauty Ireland next month for another round of exciting competitions.  We’ve got four categories running – SFX, Bodypainting, Editorial and Fashion – and four new fantastic judges to go along with them.

For the first time, all four judges will be conferring and judging across all of the categories and reaching a decision together, with the category’s Head Judge having the casting vote.  This collaboration is to take advantage of the hugely talented judges, and to give a multi-dimensional approach to the feedback we can give our contestants.  If you haven’t already registered to take part in Dublin on the 12th October, what are you waiting for? 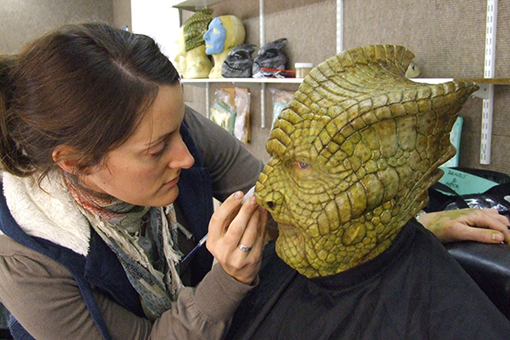 After leaving school Fiona studied Art in Belfast, knowing she had an abiding interest in art and faces.  After feeling a bit lost on her fine art degree she switched to Make-Up and FX for Film and TV in Dun Laoghaire Film School.  Fiona loved the sculpting, drawing and character design side of the course and marvelled at the ability to use prosthetics to change the face.  She’s no stranger to competitions after entering the IMATS Prosthetics competition in London.  After placing 3rd, Screen Training Ireland gave her some funding to further her studies in prosthetics, including Neill Gorton’s course in London.  This lead to her break in the industry, with much of her training done at BBC Wales and Millennium FX on Dr Who.

Since then she has worked on The Hobbit films in NZ, Elysium, Guardians of the Galaxy, Dr Who and many more incredible projects.  “I’m looking forward to seeing all of the talented artists here in Ireland!” she told us. 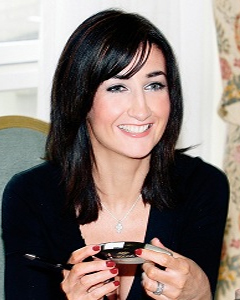 Anne Morrissey, founder of The International Make-up Academy (TIMA) is a fully qualified make-up artist and teacher.  She underwent extensive, long-term training in London in order to achieve the highest qualifications in her field, before settling in London working as a freelance make-up artist and teacher.  She has worked on numerous theatrical, TV and film, pop videos, fashion shows, editorials and photo shoots.  Whilst freelancing as a make-up artist she also taught fashion media make-up for several London colleges, and continues to advise many international contemporaries.

She returned to her native Dublin 12 years ago, freelancing as a make-up artist and teaching before founding The International Make-up Academy five years ago.  She continues to teach, whilst also having an equally skilled and passionate team of MUAs to inspire and educate their students.  Anne and her team also work on photo shoots, editorial, TV and film projects, keeping them on trend and in touch with what the working industry requires.

“I’m so looking forward to to judging at the Warpaint competition in the RDS and seeing the wonderful talent Ireland has to offer.  The last few months for me have been non stop from doing the make-up for Penny Dreadful, make-up with TV3 and RTE, corporate events, photo shoots, fashion shows, teaching on our make-up courses and launching our make-up brand.” 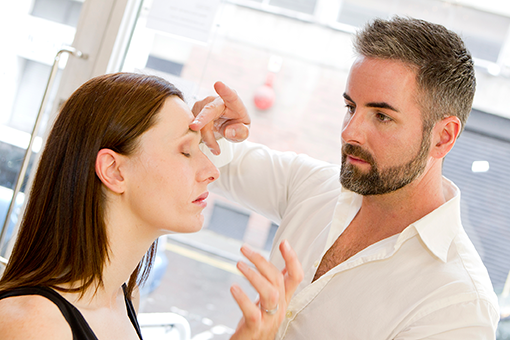 Ken Boylan is one of Ireland’s leading make-up artists, with a client list that reads like a who’s who of Irish and international celebrities and Ireland’s most fashionable women.  A regular contributor to leading magazines and TV, Ken’s passion for and experience in the beauty industry is limitless.  Ken has worked on many photo shoots and campaigns over the years for leading brands, as well as teaching classes and lessons from his studio.

Ken’s also getting excited about Professional Beauty Ireland – “I am so looking forward to meeting everybody at the upcoming Professional Beauty Show, and having some craic doing my demos on the Live Stage.  I am currently working really hard on Xpose every Friday, making the women of Ireland beautiful, and doing shoots galore.”

During his 20-year career, some of it spent working with the industry’s leading prestige brands, Ken has searched for the holy grail of make-up products;  an on-trend range with great staying power that’s easy to use and feels luxe, but without the hefty price tag.  When he couldn’t find it, he decided to create his own.  His research took him to Canada, where he developed Ken Boylan Make Up/Play, a high quality, affordable range of make-up and brushes.  The range continues to be a true labour of love for Ken as he truly believes in the importance of having fun with make-up – hence the name Ken Boylan MakeUp/Play. 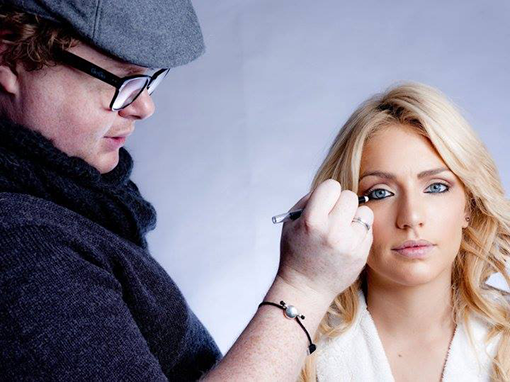 Paddy McGurgan has been working in the make-up industry for over 15 years and brings with him a wealth of experience and technical ability having trained with brands such as MAC, Laura Mercier, Stila, NARS, Chantecaille, Becca, and Stephan Marias to name but a few.  Paddy became a freelance make-up artist over ten years and in that time has worked with many famous faces, such as Mischa Barton, The Saturdays, Girls Aloud and Yasmin Le Bon to name but a few.  Paddy has previously been named the winner of European Creative Make-up Artist of the Year and winner in the professional category of Illamasqua Distinction of Make-up Artistry.

Paddy’s flair for high fashion and editorial make-up has remained untouched and he has worked at London and Paris Fashion Weeks, as well as several high profile events such as the MTV Awards.  After many years of freelance make-up artistry, Paddy fulfilled one of his dreams by opening his own make-up store with niche exclusive artist brands – such as Make-up Studio, Make-up Atelier, Ben Nye, OCC, and Zoeva – for the make-up artist community and general consumers with massive success.  Never one to concentrate on just one project, Paddy also became the UK Ambassador and Distributor for professional make-up brand Make-up Studio and has launched the brand into the UK to rave reviews.

There’s still some time left to register for the Ireland Competition!  You can find all of the information here.  Registration closes at 10am on Thursday 8th October. 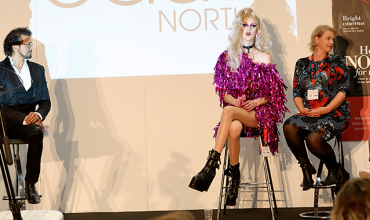 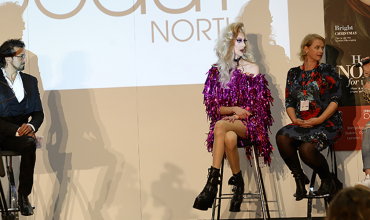