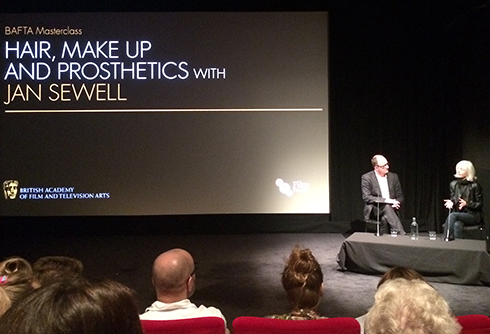 She’s one busy lady, so when Warpaint had the opportunity to attend a BAFTA Masterclass with Jan Sewell, we jumped at the chance.  On a sunny evening on London’s South Bank we made our way to the British Film Institute to spend a couple of hours with Jan, learning about her career, her achievements and just what it was like to be part of the biggest break out movie of this year’s Awards season,  The Theory of Everything. 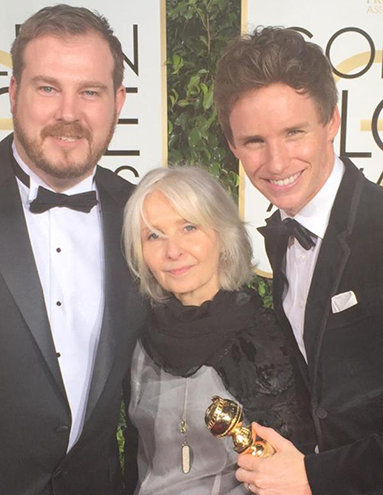 Jan, by her own admission, can do a little bit of everything,  “I started at the BBC, it was the best training ground and I thank my lucky stars I haven’t spent half my career looking for a job,” Jan laughs.  ‘I remember watching I, Claudius on the BBC and it had ageing on all the main characters; I had never seen this before.  I was fascinated and thought ‘That’s someone’s job, I would like to do that.’  I waited for the credits, saw the make-up credit and I rang the BBC the next day.”

It was indeed an incredible training ground, as Jan is one of the few Make-up Designers that has experience with wigs, prosthetics, sculpting and casting as well as make-up.  Jan learned very early on that the more skills you had the more work you’d do, “I really believe that courses and on the job training to be vital.  Good courses will give you the grounding to make a good trainee and it is on the job training that will make you a good make-up artist.  No matter how qualified you are you should never stop doing smaller courses to top up your skills, whether it be laying on a beard, hair wrapping or learning about prosthetics – there is always more to learn.  My first designing was a situation comedy called Just Good Friends.  At the BBC, if you proved yourself as a good assistant, you were progressed to designer.”

By her own admission Jan micromanages every aspect of the job in hand. “I have my team that I rely on completely, in there I have specialists such as Kristyan Mallett for technical prosthetics, and of that team sometimes I need someone who’s more wigs than make up, or more sculpting and so on, but on the whole I have my team and we stick together.  That’s not to say I won’t bring in trainees, I do try to pay it forward when I can, but they need to demonstrate that they are good at listening and learning, it’s the only way.”  So for any budding MUAs who want to work with Jan, a few pearls of wisdom, “When applying for jobs, make sure to do your research and know the make-up designers body of work before writing them a letter, and flatter – we all like to be flattered.”  It also seems that in her experience the British MUAs are multi-talented multi-taskers, “On the continent and in the States people tend to be more specialist, but I like to have a team that can do everything, one trick I learned is to have a hairstylist on set with me, I try and avoid sending actors into salons, I need to be in control, and out-sourcing means I lose a little bit of control.” 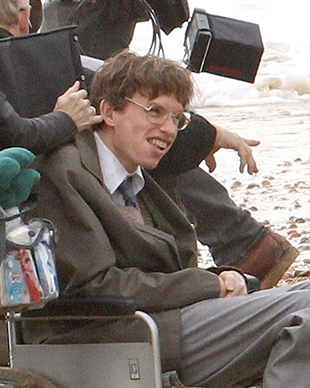 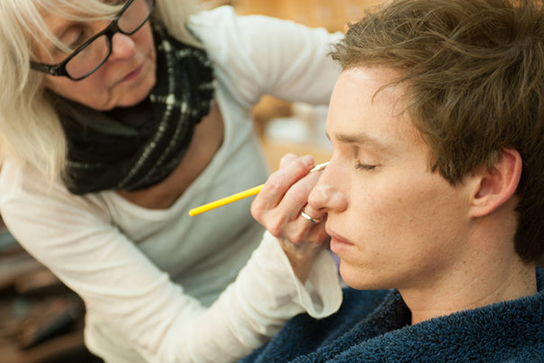 The micro management has set Jan in good stead for the seamless production seen in the multi-award nominated The Theory of Everything. “I break the film down scene by scene and write all my make-up, hair and prosthetic notes.  I run this past the director, actors, costume designer and sometimes production designer to make sure we are all on the same page. This becomes my bible!  We always shoot out of order, so I take continuity shots and write notes, then I always know exactly where I am,” Jan explained.  ‘With Theory we did lots and lots of testing, we used plumpers and Chris Lyons’ teeth to, in effect, push Eddie’s jawline down, but obviously he still needed to be able to act, so what many would think was prosthetic was actually make up.” Jan goes on.  “In effect we tried to make to make him shrink, the costume and wheelchair became slightly bigger as Eddie as Stephen became smaller.”

When asked what she was most proud of about the whole Theory production Jan was quick to answer, “The scene at the end.”  This is when the film in effect rewinds, taking Eddie Redmayne from Stephen Hawking as we know him today back to him as a young man.  This lays Jan’s work bare, “We knew that this would happen from the initial brief, so we knew our work had to be absolutely seamless.”  And seamless it was, earning her Academy Award long list, BAFTA and Hollywood MUA & Hairstylist Guild nominations for her work on the movie.

This attention to detail also helped with the make-up for The Devil’s Double, a film about the life of Saddam Hussein’s son Uday and his body double Latif Yahia in which Dominic Cooper played both parts, with one before and after plastic surgery.  “Without my continuity bible I’d have been in trouble, was today pre or post surgery? with teeth or no teeth? dark lenses or not? more hair, less hair, all shot out of sequence, it was so incredibly complicated my head would spin.”

We move onto Jan’s next project to appear on the big screen, “and film is my favourite, seeing your work on a 35 ft screen is no better incentive to do your best work,” Jan smiles as we discuss the soon to be released Everest.  This was possibly the most challenging job of her long and esteemed career.  It was physically difficult, “Thank god for sherpas,” she laughs, and tricky as the director, Baltasar Kormakur had first-hand experience of what frozen beards and frost bite looked like, “I had no room for error,” Jan muses.  With half the production filmed on location in Kathmandu, Jan’s management skills came into their own.  “I had to order everything we needed, there was no quick call and a bike to replenish supplies, 50 boxes up the mountain, 30 boxes to the Dolomites for base camp, make up for -20 in Nepal then make up for +27 for the scenes shot in Rome, it was a logistical nightmare.”  Parts of the film were shot against green screen in Pinewood, “these were the scenes at the summit, salt was used for snow, salt got in the actors eyes, the eyes streamed and streamed, that was a massive challenge all by itself,” Jan explains. 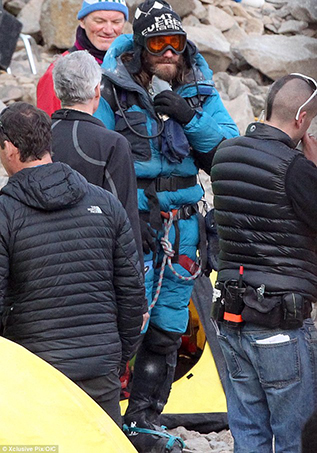 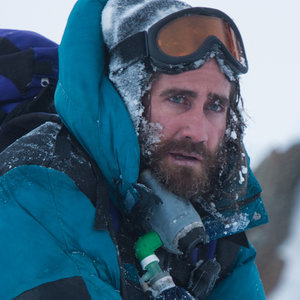 You can’t interview Jan without visiting her time with French & Saunders and as Designer for the iconic Absolutely Fabulous.  “I just love those girls, I probably stalled my career by 15 years as I just couldn’t leave them, I turned down films and everything, we’d laugh til our faces hurt,” Jan smiles at the memories.  “I do feel like I was part of a comedic sea change in British television, obviously Dawn was married to Lenny Henry, Jennifer to Ade Edmondson, there was Rik Mayall, Stephen Fry, Hugh Laurie all in this creative buzz of new types of TV comedy and as key crew we got passed around.”  After working on French and Saunders, making fat suits and turning the girls into Marilyn Monroe and Jane Russell all in a day’s work, Jan started on Ab Fab.  “Jennifer would test my slight OCD of organisation to the limit as not everything was written down, often it was all in her head, so I learned to work on the hoof,” Jan explained, but that did have its advantages, “if we thought ‘New York would be nice, maybe a trip to Morocco’ she’d just write it in”. 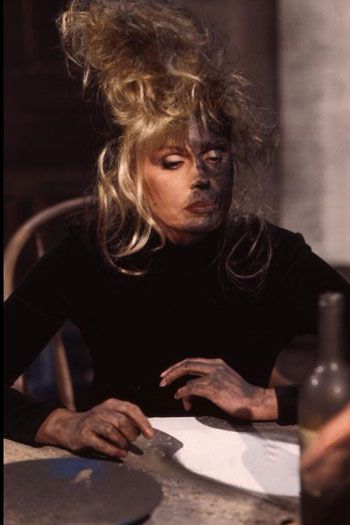 Joanna Lumley as Patsy Stone in Absolutely Fabulous.  This scene was the only one that Jan had to use a wig on Joanna, “The beehive was all her own, only for this did we use a wig and I feared we’d never get the black out of her own hair.’ 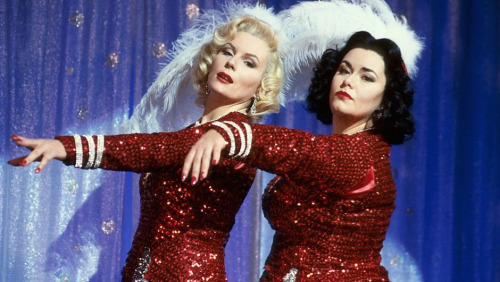 Jan’s relationship with her directors and actors is obviously incredibly important to her, having just finished The Danish Girl, being reunited with Eddie Redmayne as the transgender Einer Wegener/Lili Elbe, “He looks good as a woman,” Jan smiles, “very early on I realised that you make-up not for the eye but for what the camera sees, and the camera loves Eddie’s left.”

When asked if there’s anyone she’d still like to work with she cites Tim Burton and the Coen brothers and is also very much looking forward to making up Rooney Mara for her new film Blackbird that starts filming this summer.   “I do keep an eye on my contemporaries work too, you can’t help it, in fact I’ve been known to fast forward to the credits just to see who did the make-up.” 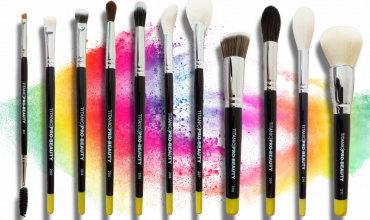