When you think of make-up transformations, you might immediately think of incredible prosthetic and SFX work which renders well-known actors unrecognisable.  But for make-up artists like Terri Pace, teaching and helping clients to change gender entirely through the medium of make-up requires none of the silicone but all of the attention to detail.  We caught up with Madame Jojo’s former in-house artist to talk about drag queens, kings and the ultimate tip in bending gender. 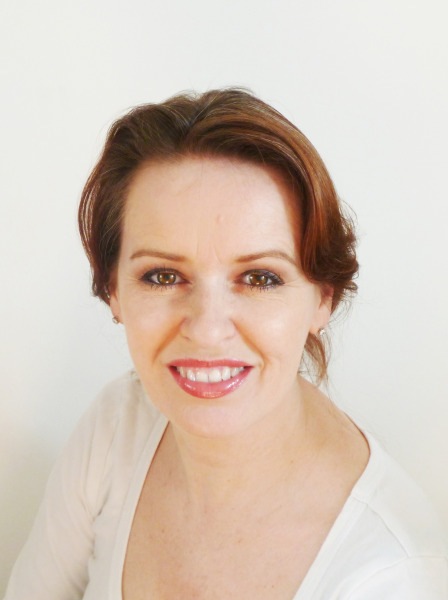 Terri’s penchant for make-up started extremely early on in life, influenced by her family members.  “From an early age I was always playing around with make-up,” she told us.  “I even helped my mum with her Avon round, and would often make up my sister as a punk at the age of 7.  But looking back, I think it was the smell of the products themselves that made me want to use them – especially Yardley lipsticks and Kryolan Aquas.  Even now, using any Kryolan Aqua paints bring back so many nice memories.”  This inquisitive, artistic nature stood Terri in good stead for the future, developing her skills across a range of genres: beauty, SFX and fashion, as well as avant garde work for film, TV and theatre. 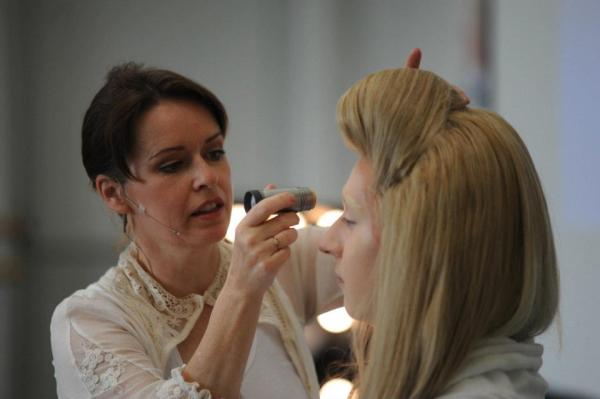 It was theatre which truly captured her imagination.  Before completing formal training at Westminster Adult Education Service over the course of two years, Terri gained most of her experiences from amateur theatre companies and most of all – Madame Jojo’s.  With this dual experience, we wanted to know which she considered most important for her – formal or on-the-job training.  “I think training within a professional course can certainly add volumes to improve your work and contacts,” she mused.  “There you have access to knowledge from tutors who have been in the industry and can guide you forward, along with being able to make mistakes in class which you certainly can’t afford to make on a job!  But I’m also a great believer in learning on the job, as this makes you think on your feet.  For example, I worked with award-winning photographer Alison Jackson for a year on one of her books, and in that year I learned so much that I could never have picked up from a school.” 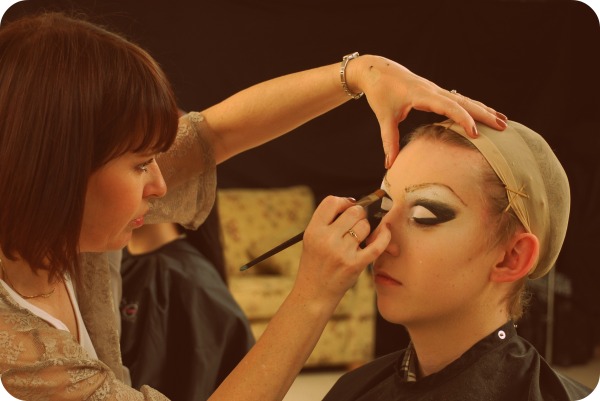 Despite this, Terri has run her own courses for Kryolan at Charles Fox, something which has even surprised herself.  “I’ve had the privilege of teaching at Charles Fox many times, which has led me on to demonstrating at IMATS and UMAe.  It’s not something I ever would have thought I would enjoy, but I love it.  I really enjoy helping people to achieve new things, seeing their creativity come through, and – most importantly – seeing their own confidence grow.” 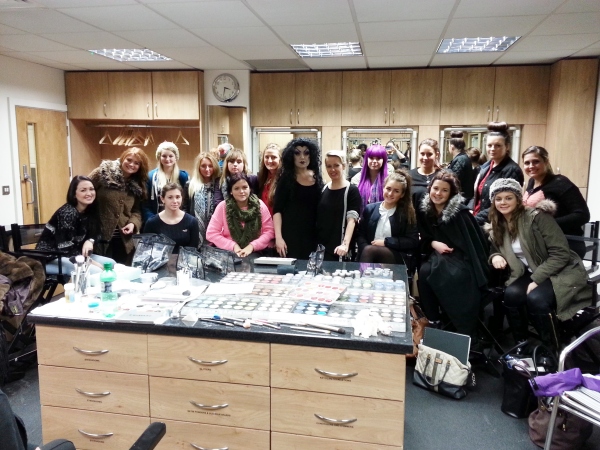 With one of her classes at Charles Fox

We wanted to know how she first started in the industry, given the tough nature of striking out as a freelancer.  Her first job ended up being a short film for London Film School, with a brief to create a swollen eye.  “I had only been doing special effects for about three months, and I was terrified on doing this on someone’s eye,” Terri recalled.  “It was on location in an outside junk yard in the winter – freezing, of course – and added to that there was an Alsatian roaming around, when I’m petrified of dogs.”  Certainly one to remember, but she looks back fondly at the experience now.  “It all turned out okay in the end, and my swollen eye looked great on screen.”

Since then she’s had years to perfect her swollen eye SFX skills, among many others.  With all of her experience under her belt, we wanted to know if there was anything she wished she’d known back then – or that she would tell new artists to be aware of.  “Check if you’ll be working with any phobias.  But, seriously, do as much research as possible; Google Maps is a great resource that we didn’t have in my early days.  Also check locations in street view beforehand, as well as weather reports.  Any information like that can help a job run more smoothly.” 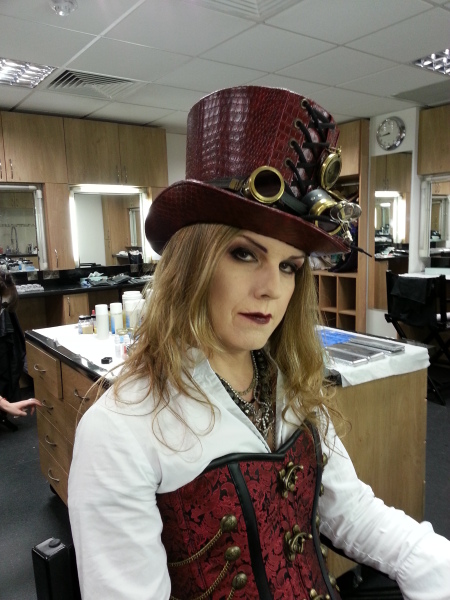 Talk then turned to the main act: drag – from faux queens (women who enjoy the extravagance and glamour of the drag persona) and film transformations like Some Like it Hot, to the traditional drag acts enjoyed throughout the world.  Terri was herself a faux queen (“Which is another story!”) and found herself working at the notorious Madame JoJo’s as an act.  Surrounded by other creative, dramatic souls, Terri perfected the art of drag make-up.  “My first attempt was pretty rough to be quite honest,” she admitted candidly, “I used Kryolan Supras with no blending or setting.  But then I watched what the others were doing and slowly built up my style of drag, creating high arched brows and heavily contoured features with the most dramatic impact.  That’s why I loved doing drag make-up – the drama of it.” 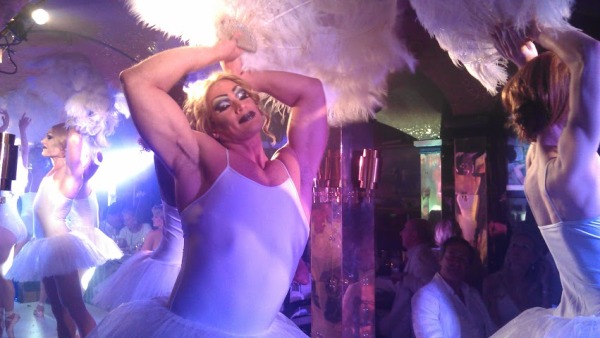 While once the preserve of cabaret acts and old Soho, drag is becoming a bigger and more well-known movement as the years pass – from the public’s familiarity with Dame Edna and Lily Savage to the modern popularity of RuPaul’s Drag Race on TV.  We were lucky enough to get a look at dr.a.g, a stunning coffee table book which celebrates the beauty and brilliance of artists from around the world.  Cultivated by actor and author Christopher Logan, dr.a.g features everyone from Joey Arias to Chad Michaels, via Frank Marino and Yara Sofia, in gorgeous portraits which offer an inspiring insight into the sheer diversity of the medium. 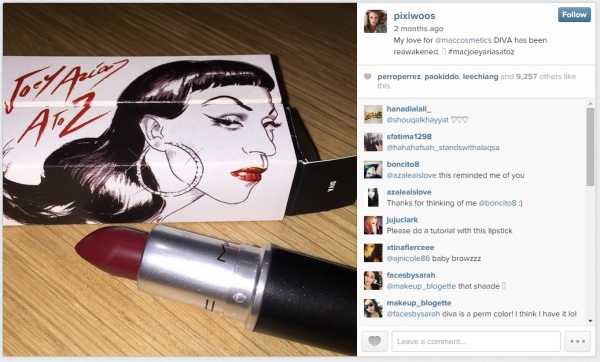 While some drag queens have naturally softer or more feminine features, this isn’t always the case, so we wanted to know what posed the biggest difficulty when re-moulding a male face into a female one.  “For me, the biggest challenge is making the design sit right – in that I mean not all looks will suit the man’s bone structure,” Terri told us.  “A prime example is eyeliner; if the person has a lot of folding skin on the lid you will have trouble creating a smooth line, so you will have to adapt the look to the eye shape.  Brow blocking can also be a problem if the person has a lot of thick course hair.”  So what’s the secret for turning a good look into a great one?  “Definitely, re-shaping the brows – they frame the look, and if done correctly can strengthen it immensely.  Also contouring; if you get the balance right with the face and eyes, the impact is extremely powerful.” 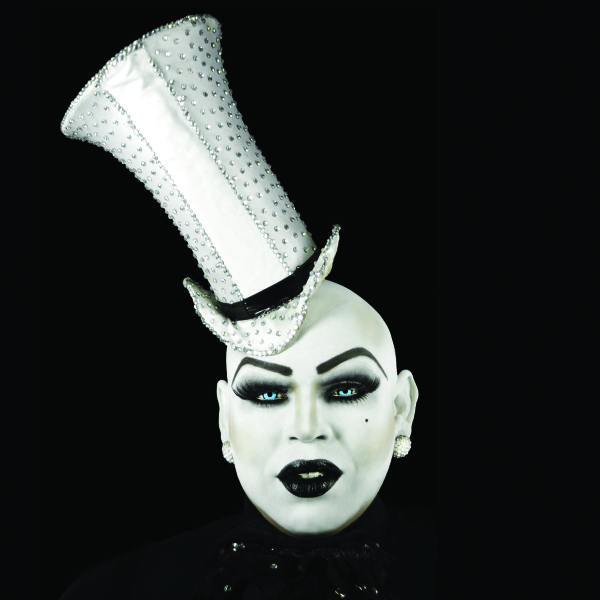 If you’re new to the scene, Terri has three products which she recommends as kit staples for creating a fantastic look.  “I have used Kryolan products in theatre for 30 years – since becoming a pro artist.  I have tried other brands, but I keep coming back to Kryolan for these three products, especially for drag looks – the TV Paintstick, Aqua Colour in black, and 101 too, and Dermacolour in D32… plus other shades for concealing.”

While drag design is clearly something special and near to Terri’s heart, it strengthens her design in other areas of make-up and adds another facet for her to glimpse potential through.  “Drag is something that I can honestly say I’ve specialised in, as I’ve been working within this genre for 20 years on many different skin tones and ages.  I love the complete transformation it brings, the wow factor and hilarity of it all,” she told us.  “However, as I said at the beginning, I have always had an interest in make-up in general – I adore working on all genres.” 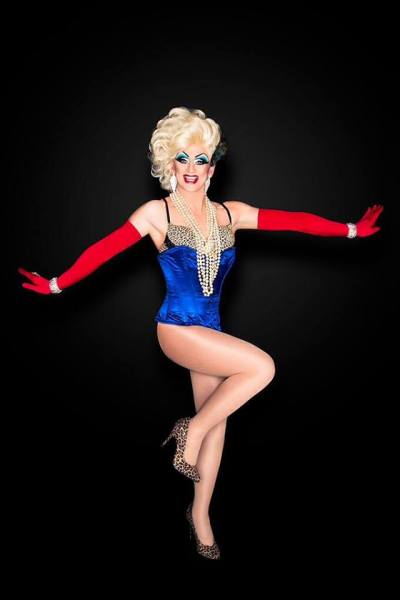 So does she feel any pressure to declare herself as a specific type of artist?  “I was told that it’s best to work in one area of make-up.  Maybe that’s right… but I like it all, so that’s what I do!”

With those wise words of wisdom, we wanted to know if she had any other pieces of advice for aspiring artists – and her tips are some of our favourites.  Clear and precise, with experience behind them, these are lessons which Terri has learned over her many fabulous years of working: “Keep to your timings no matter how much of a perfectionist you are.  Be organised in your kit, your admin, travel etc.  Be honest with how long you need to complete the look.  And don’t go buying every product on the market, start off with the basics that you know!  Do lots and lots of practice on different skin tones and ages, taking photos along the way so you can monitor your work.  Finally, always arrive on set with a positive and professional attitude.”

Terri’s portfolio can be found here, and dr.a.g can be purchased here. 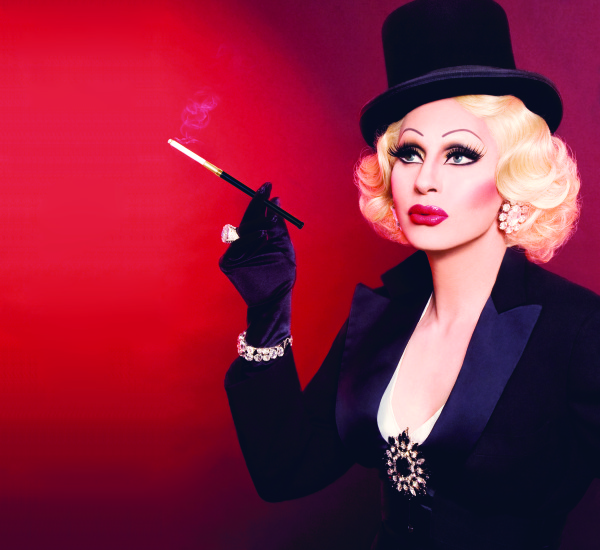 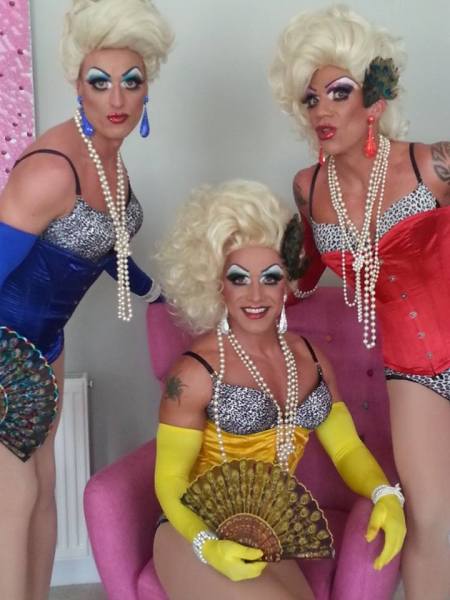 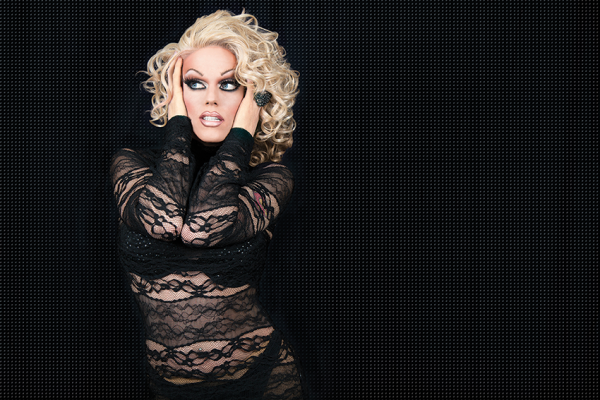