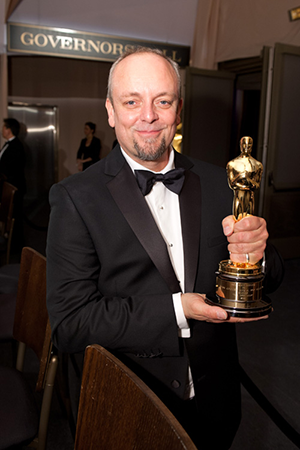 From zombies and dark wizards to politicians and race car drivers and most recently swashbuckling sailors hunting a giant whale, Oscar winner and prosthetics wizard Mark Coulier has created some of Hollywood’s most iconic characters and transformed its biggest stars.

His interest in make-up began at an early age and grew after watching fantasy and horror films as a child, “I went to art school originally to be a concept designer, but I found a book on prosthetics and knew that was what I wanted to do.”

After creating the prosthetics for fantasy films including Frankenstein and The Mummy Returns, Mark got the job as key prosthetic make-up artist on Harry Potter and the Philosopher’s Stone, a job he would keep for the following 10 years and 7 films.  The Harry Potter series gave Mark the opportunity to make improvements from film to film, “With new different ways of mould making, we were able to develop the characters, in particular the goblins that had not been seen since the first film.”

The developments in technology have affected how Mark creates his characters, “With technology, everything’s changing every day.  We are ever adapting to the most recent technology.  You have to be prepared to adapt.  Visual effects have taken away some of our industry, but have also given us a new way of working.  There are now no limitations on what can be filmed and there will always be a need for real effects, alongside visual.” 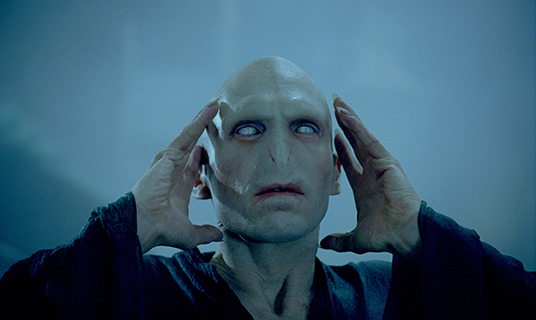 Mark had the huge responsibility of designing the look of Lord Voldemort, Harry Potter’s nemesis, “Voldemort was created using the same technique throughout the movies.  The art department provided drawings and we went through 15 different varieties with everything being run past J.K. Rowling and Warner Bros.  He was basically a snake, the nostrils were removed and he had eyebrow prosthetics.  Voldemort has been corrupted; he can’t walk around in the company of human beings.  He is the most iconic villain in recent cinema; there was the pressure to create something evil.  We went for creepy rather than something gruesome.”

The blockbuster Brad Pitt movie, WWZ, features an army of zombies, all of which were designed by Mark, “for the zombies we treated it as a virus.  First it affected the organs, the eyes, and the mouth.  It blackened the blood and the skin would adapt a mummified, shrivelled up look.”

When designing the look of the zombies, Mark was well aware that when it comes to seeing them in film, “everything has been done to death.  We steered away from dead bodies rising from the ground and tearing flesh apart.  Our zombies bite once and then move on.”

Mark and his team were in prep for four weeks before shooting to create the thousands of zombies which appear as an army in the film, “We had 13 basic sculptures and we mixed and matched them so, if it wasn’t continuity shot, the zombies looked different everyday.  For the hero zombie, a bespoke mask was created, but for the others we had hundreds and hundreds of wounds to play with.” 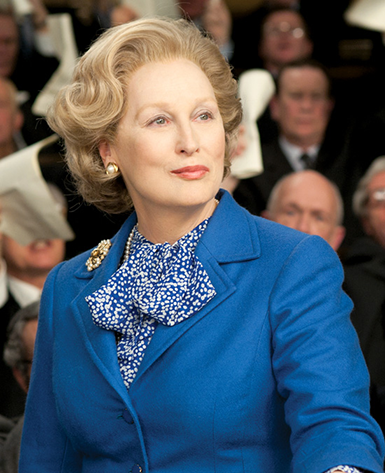 The most challenging character look Mark says he has ever created was Margaret Thatcher in The Iron Lady, for which he won an Oscar, “It was the most recognised actress in the world and the most recognised British politician.” It took two hours to apply the face prosthetics to Meryl Streep and another 40 minutes for the wig.  Mark explains that Meryl was involved in the designing process, “We went through lots of different versions because the actor has to feel comfortable.” 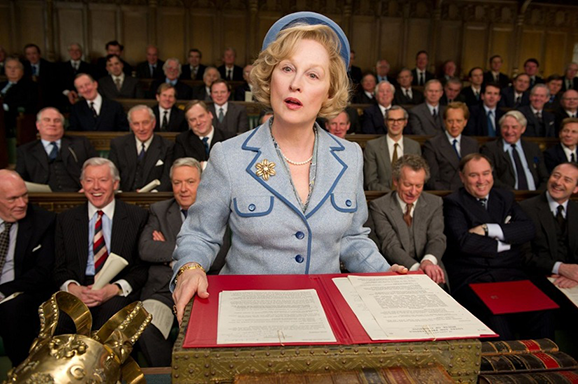 Throughout his career, Mark has switched between creating the fantastical and the realistic, “I like the variety.  For fantasy no one can tell you how something should look.  You can take artistic licence- there are insects that look stranger than anyone can imagine.  For real life, everyone has an idea in their heads and there are a lot more people to please.”

One of Mark’s more recent films, Rush, tells the story of the rivalry between formula one drivers James Hunt and Niki Lauda.  The latter, famously, experienced a horrific crash and suffered extensive burns which Mark had to recreate, “We used photographic reference, video footage and copied them closely while still achieving the texture Ron Howard wanted.  We tried to be as faithful as possible; Lauda’s right ear was burnt so we glued the actor’s ear and used prosthetics.  We could take a bit of artistic license, for example Ron Howard really liked one of the photographs, it was of Lauda’s burns at a later stage of healing, but we used it for an earlier stage.” 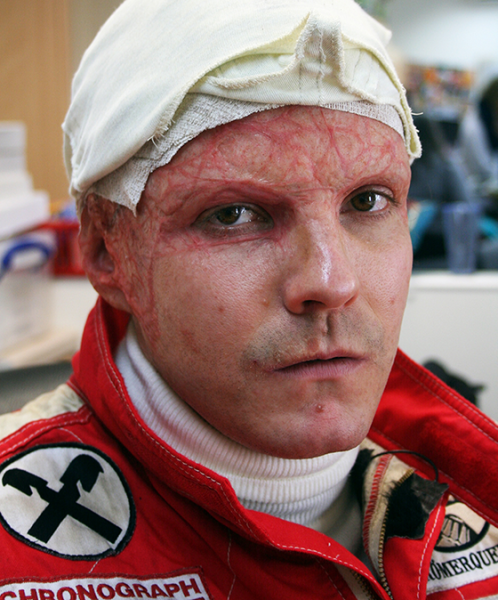 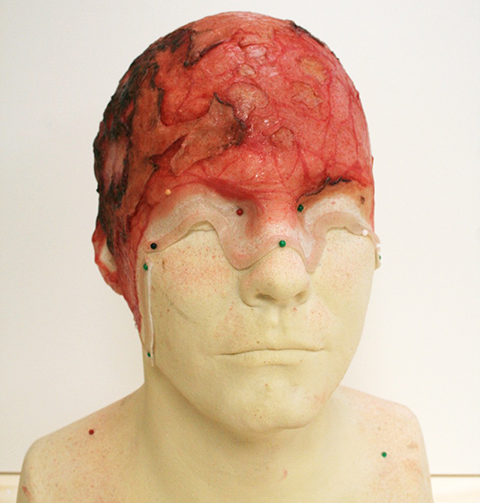 Mark reunited with Voldemort actor, Ralph Fiennes on The Grand Budapest Hotel, “I got that job through the make-up artist, Frances Hannon.  It was a nice coincidence that I was working with Ralph although he did ask me to work on Coriolanus, which he directed.”

When asked if there is anything he would still like to do, Mark said, “I haven’t had much time off.  I keep planning on it but I tend to always be organising something else.  The more successful you are in your job the less time you have to do the thing that you love.”

For make-up artists trying to break into the film industry, he has some good advice, “need to be keen and hardworking.  Work from the ground up and keep practising, keep learning new skills and don’t be too narrow minded.  You are also much more likely to get a job if you can also do hair and special effects alongside make-up.”

Mark’s essential pieces of kit include the Skin Illustrator inks and palettes, “they have revolutionised the way we paint.  They are very adaptable; you can do bruises, ageing make-up, zombies and they are good for painting on silicon and gelatine.  I couldn’t live without them and everyone I work with uses them.” 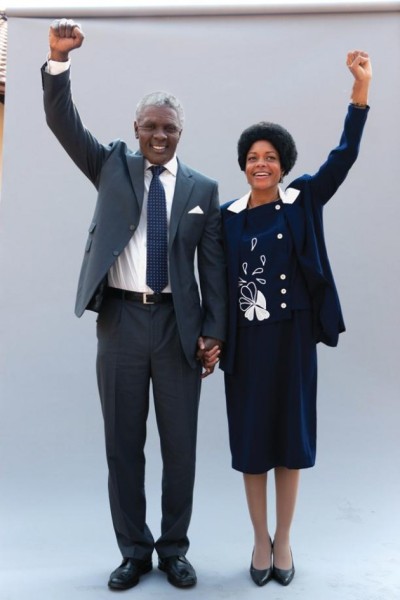 The last 18 months has been busy for Mark which has seen him provide ageing prosthetics on Mandela: Long Walk to Freedom as well as The Grand Budapest Hotel.  He was also prosthetic make-up designer on Dracula Untold, which stars Luke Evans as the famous Count and is out next month.  Mark is currently working on Ron Howard’s Heart of the Sea about the 1820 whaling ship preyed upon by a sperm whale.  “It is the event which inspired Moby Dick.  I am creating prosthetics for sunburn, rowing wounds; the ship wrecked crew have to look like they’ve been there for weeks.  That will be out next year.” 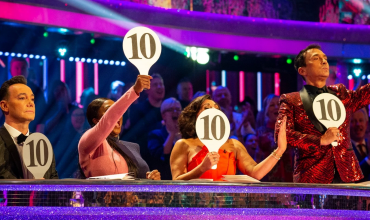 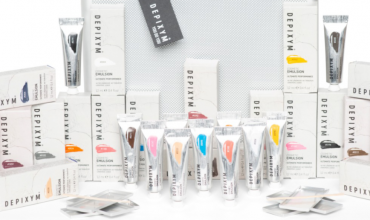