When Sarianna Sormunen won the inaugural UMAe All Round Film and Makeup Competition For Students in April 2013 it was more than just a stepping stone on the career ladder for her.   A student at the Delamar Academy, Sarianna’s path to becoming a pro MUA had already provided her with plenty of challenges.   Hailing from Finland, she’d been obsessed with make-up since she got her hands on her mother’s lipstick as a toddler – and eaten it.

“My passion for creating characters and making an art from it lit up when I cam across Delamar’s website,” Sarianna explains.   “I hadn’t any idea of how much you can do with make-up and while scrolling through the work of their former students, something snapped in my head and I knew that was what I wanted to do in the future.  I’ve always had an urge to something artistic like painting and sculpting, but I also love to work directly with people.   What most attracted me to being a make-up artist is that it has the best combination of both those things.   After realising this it wasn’t hard to decide about studying in Delamar Academy.”

The fact that she comes from Finland, had never lived abroad and was still learning English made the move was daunting.   However, the assistance and advice Sarianna received from Delamar allowed her to sort out the funding, find accommodation and make the necessary arrangements to come over to the UK.

Once here, because she had experience in the subject having had done bridal makeup since the age of 14, she thought the first few weeks of basic make-up would be a piece of cake and cover little more than she had done previously.  How wrong she was!  She learned a lot already during that time.

At first it was hard to speak English and learn new things every day, but after a while she got used to it and really enjoyed her time studying in Delamar.

“My intention was to become the next Rick Baker in prosthetics, but after week with Stefan Musch dressing wigs I also fell in love with hair.  It took me a long time to decide which advanced subject I would do and I think I made the right decision choosing to do advanced hair.”

One day that stands out particularly to Sarianna is the day when UMAe’s Chris McGowan came to Delamar to talk about us about the student competition that would be held there.

“I knew I really wanted to be part of it,” she confesses.  “I’m a type of a person who gets quite overly excited about things and I remember almost running home after school to send required pictures and info to enrol for the competition.  I don’t think I slept for few days after that, as my head was full of ideas of what to do if I get in.”

A few weeks prior to the expo, Sarianna flew back to Finland to work as an assistant on a film short Nightsatan and the Loops of Doom.   Days were really long and she put the competition out of her mind, until an email popped up in her inbox saying she’d been selected as one of the finalists.  Those few days between the email and the actual competition went by super fast and when Kenny Myers announced her as the winner and Lois Burwell held her hand and told her that it was a pleasure to see me working, she couldn’t quite believe it all happened.

“I even got to chat with Greg Cannom at the after party and he told me to go to work in a theatre, as that’s how he learned the most.  I wanted to do what Mr Cannom told me to and managed to get myself into a Finnish theatre while still studying in Delamar.  Even though I planned to stay in England after school the opportunity to work in Turku City Theatre was so great I needed to move back to Finland.  I made a contract for five months until the end of 2013 and was planning again to move back to England after that.  My time was full with work on the musical Jekyll & Hyde and The Rocky Horror show during the evenings and from time to time I got to do photo shoots with some amazing people.  When the year came to an end I was for my surprise asked to stay for another five months as a full time employee.  How could I refuse?

“So right now I’m dressing wigs during the days, cutting and colouring actors’ hair, helping the main wiggie to design upcoming productions and doing make-up and hair for actors before the shows.  When I’m not working at the theatre, I’m helping out on an indie feature film that my friends are shooting over the spring.  I just heard that I’ve been featured in Cliché Magazine on an advert I did last autumn with a small clothing company called JULJA and photographer Mikko Puttonen.

“My contract finishes at Turku City Theatre in the end of May and my plan is to come back to England after that and get a job preferably from a West End theatre to learn more about building character and to improve my hair and make-up skills.  I’ve got my first credit and an IMDb page, hopefully I get to work again in film and also in TV in the future.  It’s been an amazing year.”

Sarianna studied the 1-Year Certificate of Higher Education in Professional Make-up Design and was six months into it when she won the UMAe competition.  Validated by the University of West London, the course runs for nine months.  More details from

For more details and to enter the 2014 UMAe Reel Makeup Competition, click here.

Video Link of Sarianna’s interview as part of her course

‘20s look on Hollie is taken by Nacho Guzman 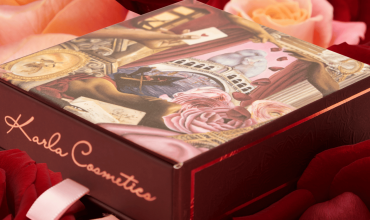 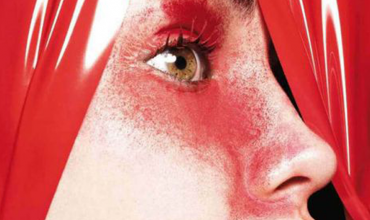