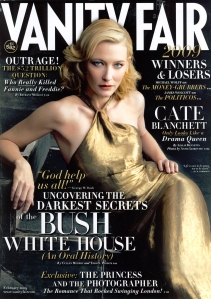 Iconic. Elegant. Unforgettable. Words synonymous not just with world famous makeup artist Mary Greenwell herself, but also with her much coveted perfumes. From creating new catwalk trends, to beautifying the faces of the red carpet’s biggest names, Warpaint discovers why scent was such a pull for one of the fashion and beauty industry’s biggest influencers.

“I had never worn a drop of make-up or smear of lipstick in my life,” reveals Mary.  Not the words you would expect to hear from an industry icon, as it seems that Mary’s segue into cosmetics was far from conventional.  Having moved to Los Angeles from England in the ‘70s at the age of just 18, “to escape my wonderful, but very conservative upbringing,” Mary’s new found LA friends saw a talent in her even she didn’t know she had. “I had many jobs of little importance, but then started working at Joe Allen’s as the hostess with the mostest!  One lunch time my friends came in and declared, “You are perfect!”, “What for?” I responded. “To represent the make-up counter in Fiorrucci!”  I explained that I NEVER wore make-up, but my friends were so supportive and seemed determined that I should be the one.”  It was after this that she was sent to New York to work for Ilana Harkavi, owner of legendary cosmetic company Il Makiage, before returning to LA.  “I had the most brilliant time working behind the counter and doing strange things like KISS album covers! That is how my career began.” 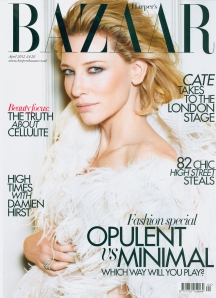 Mary’s path into the world of celebrities, models and red carpet events took off after she worked on her first cover with a 14 year old Brooke Shields.  Returning to London, she perfected her craft and moved to Paris in the spring of 1984, the most celebrated time in fashion, where the Supermodels – Linda, Cindy and Christy – dominated.  Was there a turning point when she realized this could be a full blown career?  “The feeling ‘I have made it!’ happened when I had Vogue covers back to back both in the USA and UK.  Working with and growing up with supermodels.  Travelling the world with them to the most extraordinary location and doing all the shows.”  Mary’s career is also varied; from magazine covers with stars such as Cate Blanchett, Anne Hathaway and Amanda Seyfried, to editorial shoots.  “There is no holy grail now. I can honestly say I have worked with everyone, including amazing people like Diana, Princess of Wales.”

Catwalk shows have always been where Mary’s talent for forecasting trends excelled.  For someone who “discovered make-up quite late in life”, Mary is an inspiration to her peers and highly regarded by those within the industry.  In 1985, she created the iconic fresh faced ‘No Makeup Look’ for Romeo Gigli in the ‘80s when colour reigned supreme. “The Romeo Gigli look became completely iconic as it was the first time these beautiful ethereal girls walked down the runway with virtually NO make up,” Mary explains.  “One same colour used on the eyes, lips and cheeks: a very soft stain.  No foundation, no concealer, just natural skin.  It is as totally relevant today as it was then.  Time is so valuable now: we want a quick and easy look that is contemporary and pretty, something that is easy to apply.  The fewer the products used, the easier and quicker the look.  And don’t forget that sometimes a flick of liner or a red mouth is all that is needed.  Simplicity is always great.” 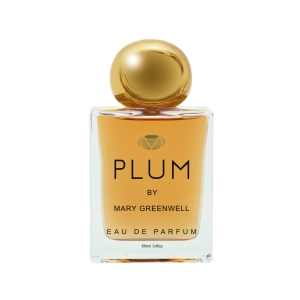 Simplicity is a theme that runs through Mary’s latest venture – her eponymous perfume lines; the elegant bottle, the sophisticated 22 carat gold plated cap, the sharp font, and the short familiar names.  Mary designed the packaging of both PLUM and its successor LEMON herself, but developed both scents with acclaimed fourth generation perfumer Francois Robert.  With many celebrity make-up artists developing colour lines, Mary’s foray into fragrance seems juxtaposed with her career choice.  “I love make-up, of course, but I wanted to do something different rather than another black pencil.  Something that would be a challenge to me but also something I knew I would love doing, I love scents. My mother always sprayed herself with scent; I grew up with it.  I see it as the last touch, the finishing and final touch to beauty.  It is so much fun working with my ‘nose’, Francois Robert.  We work very well together and he is teaching me so much.  It takes a while to get to the point that you can say ‘stop’!  But you suddenly know you have it: have that new smell.  The one you wanted.  It is magical.  There is nothing more enticing than a woman who smells wonderful.  It is empowering, giving confidence and adding another layer of clothing, in a sense.”

It has certainly been fruitful; with PLUM now at cult status and other products in the capsule collection including candles and solid parfum.  “I want to continue growing the fragrance line with new smells and branch out into bath oils.”

New scents on the horizon for 2014, a rolodex of famous clients and a true British beauty icon, where will Mary go next? “My world is so exciting and I genuinely feel so lucky. When you start off in a freelance world as creative and transforming as fashion and beauty, you are just so grateful to be working. You do not think of where you will be in 20 years time, but are inspired by people who are around you. I was lucky to fall into something that I love so much. It was about being in the right place at the right time, running with it and, yes, working very hard. My dreams came true and long may it last. I feel blessed.” 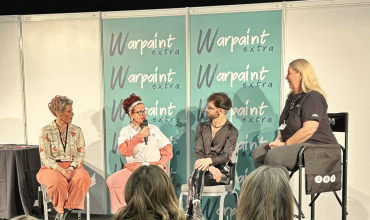 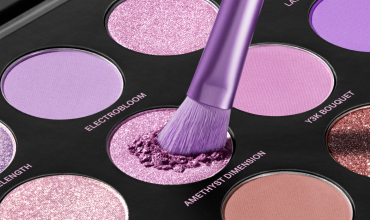